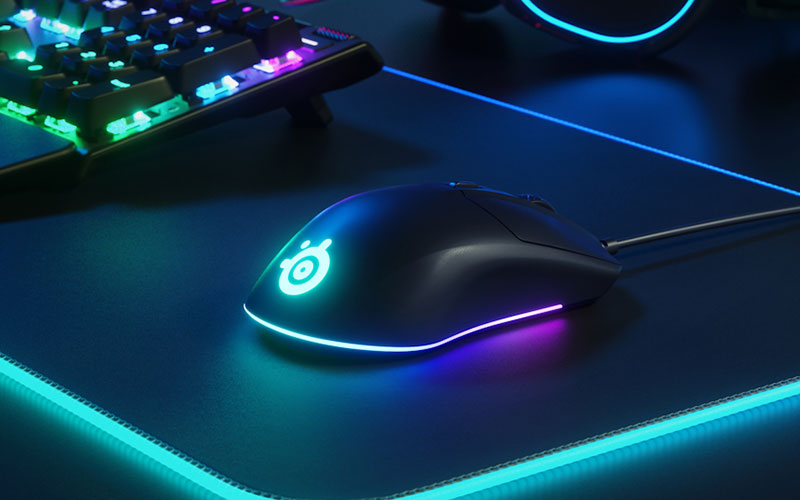 SteelSeries has announced three new budget-friendly peripherals aimed at more price conscious gamers. The company is better known for its high-end gear, such as the Apex Pro keyboard and Arctis Pro Wireless headset, but it's now looking to appeal to the more casual crowd as well.

The new Rival 3 mouse will replace the Rival 310, which was SteelSeries' previous entry-level gaming mouse. The biggest upgrade is the 8,500CPI TrueMove Core optical sensor, which the company developed together with PixArt. It offers one-to-one tracking – important for translating your movements faithfully on screen and building muscle memory – and works at up to 300IPS and 35G of acceleration.

In addition, the SteelSeries Engine Software supports sensitivity adjustments in steps of 100CPI, and the mouse also offers up to five onboard profiles.

It's also pretty light, weighing just 77g without the cable. This looks to be a small- to medium-sized mousel, measuring around 120.6mm long. It's got an ambidextrous shape, but the side buttons are only on the left, so it's really designed for right-handers. According to SteelSeries, it's also better suited for the claw or fingertip grip, as opposed to the palm grip.

Of course, even a low-cost gaming device must still have plenty of RGB LEDs. The Rival 3 has three independent lighting zones that can achieve 750 lux of brightness, making these the brightest LEDs so far in any SteelSeries mouse.

If you're concerned about durability on a supposedly entry-level product, SteelSeries is talking up the "high-grade extra-strong polymer" that went into the mouse's construction. The mouse 1 and 2 buttons are also separate from the rest of the shell, which helps ensure more reliable and consistent clicks. The switches themselves are rated for up to 60 million clicks as well, up from 20 million on a comparable Omron switch.

That aside, the company also brought the new Apex 3 and Apex 5 keyboards, which are supposedly modelled after the more premium Apex Pro line. They both come with a magnetic wrist rest and RGB lighting, and the main difference between the two lies in the switches. The Apex 3 uses cheaper membrane switches, but SteelSeries says they feature a more durable POM rubber dome, which supposedly makes them hardier than run-of-the-mill rubber domes. On top of that, the keyboard has an IP32 water and dust resistance rating, so you should be safe from small accidents. 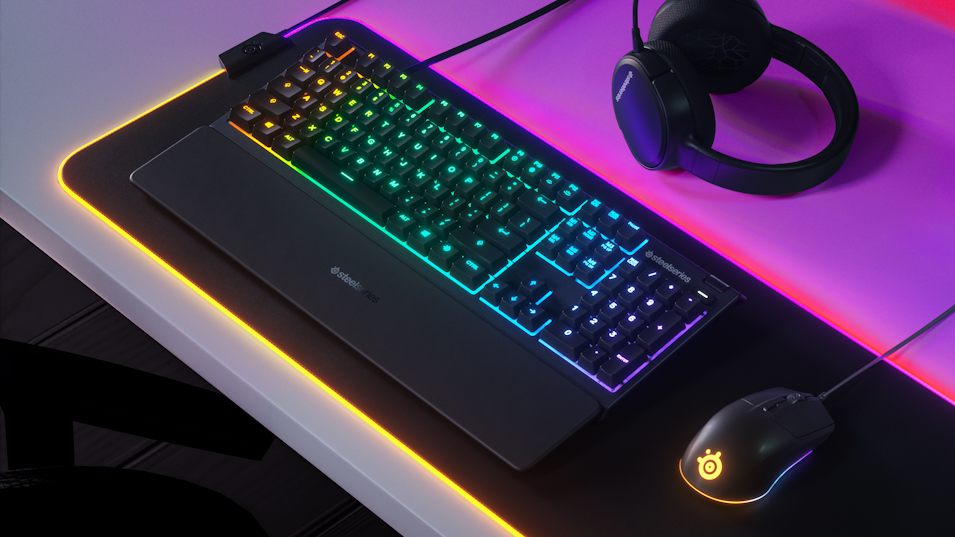 On the other hand, the Apex 5 uses "hybrid" blue mechanical switches, which should provide more tactile feedback. It also has a built-in OLED display at the top right, which can display profiles, in-game information, Discord messages, and other useful stuff. Furthermore, it features an aluminum alloy frame, compared to the Apex 3's polymer shell. 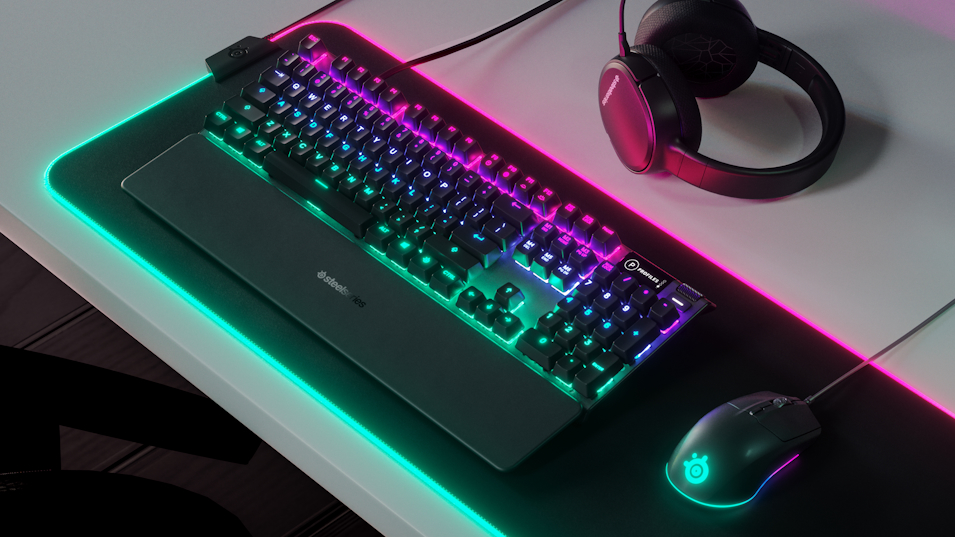 The Apex 5 supports more extensive per-key RGB customisations too, whereas the Apex 3 makes do with more basic 10-zone illumination.

Here's an overview of how much they cost:

Join HWZ's Telegram channel here and catch all the latest tech news!
Our articles may contain affiliate links. If you buy through these links, we may earn a small commission.
Previous Story
Fortnite streamer Tfue just commissioned a custom US$3,500 mechanical keyboard
Next Story
Apple to unveil new iPad Pro keyboard and 13-inch MacBook Pro with scissor keys?