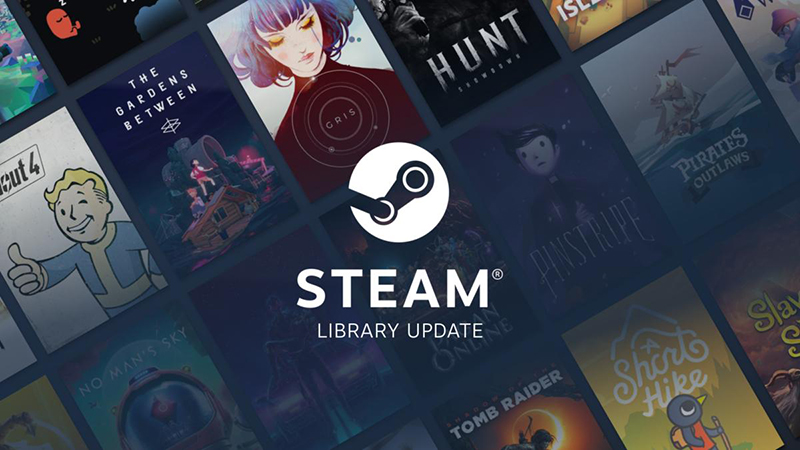 Steam's first big library update in ages has just entered open beta. Valve's store front has been the biggest game client around for way too long, but new players like the Epic Games Store – even though that still leaves a lot to be desired – and the upcoming GOG Galaxy 2.0 means that the company can't afford to get complacent.

For a while, it also looked like Discord might be an up and coming alternative with its selection of curated titles, but the popular voice communication app just announced that it would be pulling its games library on 15 October, citing a lack of demand.

The overhauled Steam library now provides you with more ways to organise your games. This mainly centres around the idea of "collections", which lets you create separate catalogues of games based on Steam-generated tags or some other arbitrary criteria of your choosing. You can then customise how they're displayed on your library home page – they're sorted into rows called "shelves", and you can select which to display or delete.

More importantly, you can create a giant pile of all the unplayed titles in your library. In other words, all the games you've effectively wasted your money on. When creating a new collection, you'll be able to select the category for "play state" and pick "unplayed", which will show all the games you've hoarded over the years, hopefully from one of Steam's massive sales.

Or, if you're too, you know, ashamed of what you've done, you can just select all of them, go to the "manage" tab, and then hide them all. Out of sight, out of mind, am I right? 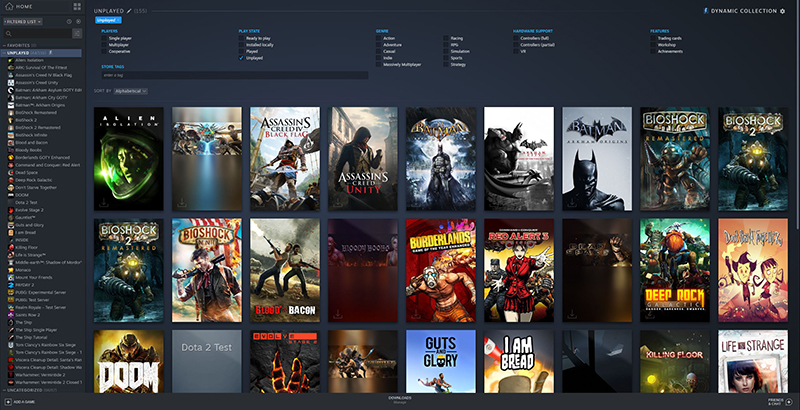 At the moment, Steam tells me I have 155 unplayed titles, some of which I don't even remember buying.

To try out the beta for yourself, you can head to the Steam dropdown menu in the upper-left corner, click "Settings", and then "Account". You'll then see a section to change your beta participation status. Select "Steam Beta Update" to get a prompt for the beta update. After restarting Steam, you should be able to see the new library.

There are some other new features as well. For instance, individual game pages now feature the game activity of your friends, such as who recently bagged a certain achievement.