You can start playing Battlefield 2042's open beta in October

You can start playing Battlefield 2042's open beta in October 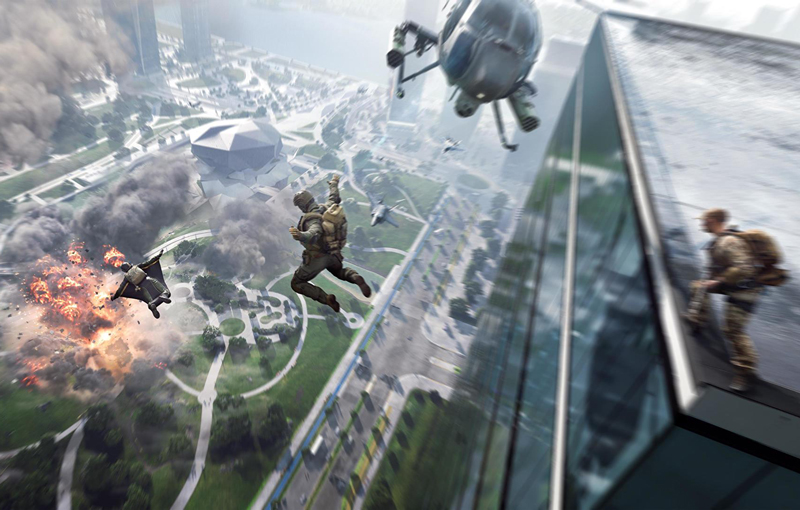 This makes the delay hurt a little less.

Electronic Arts and developer DICE have announced that Battlefield 2042’s open beta is going to run from 6-9 October, 2021. Anyone can check out the beta to decide if DICE’s latest big-budget multiplayer shooter is for them - or if Call of Duty: Vanguard is the better bet.

Watch the open beta trailer below:

This open beta is a small slice of the game featuring the Orbital map, where players have to race against time and hostile conditions around the site of an imminent rocket launch. You’ll also be able to play the franchise’s iconic Conquest mode - the rules of which have been tweaked for this instalment. The action now centers around sectors consisting of several flags instead of taking individual control points.

You’ll also get to try one of Battlefield 2042’s four different Specialist types. Each Specialist acts as a character class, giving players unique abilities to use in battle. Anyone who’s pre-ordered Battlefield 2042 gets to play the open beta two days early, on 6 October. From 8 October onwards, the beta will be playable for all players on PlayStation 4, PlayStation 5, Xbox One, Xbox Series X|S and PC. Your progress in this open beta will not carry over to the full game.

Here are the PC system requirements, should you want to be prepared before the beta’s launch:

Join HWZ's Telegram channel here and catch all the latest tech news!
Our articles may contain affiliate links. If you buy through these links, we may earn a small commission.
Previous Story
Technics by Panasonic launches two new true wireless earbuds for 2021
Next Story
The Super Nintendo World theme park is getting a Donkey Kong expansion in 2024