StarHub and M1 to submit joint bid for 5G license 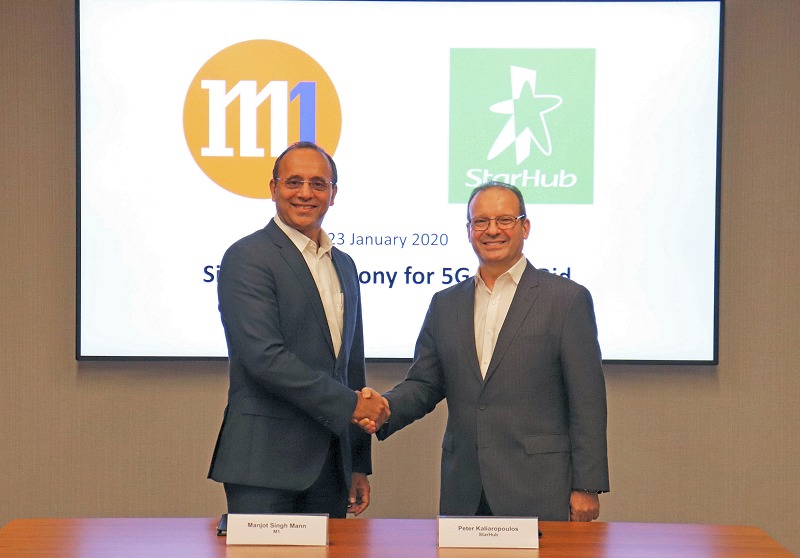 Update: As of17th February 2020, both StarHub and M1 have submitted a joint bid for a 5G license.

Two of Singapore's incumbent telcos, StarHub and M1 released a statement late Thursday afternoon saying that they plan to submit a joint bid for a 5G license by the closing date of 17 February 2020. This deadline had been extended by the Government from the original date of 21 January 2020.

Neither telco would reveal the makeup or terms of the bid or either parties contribution to it. Neither would they give any comments as to how they felt it would be received by the market and competitors.

Local financial institution DBS Research had said in 2019 that a joint bid for a 5G license would be of the best value for the telcos. It went on to say that, “StarHub’s share price may rise if it submits a joint bid with M1 for nationwide 5G”.

Singtel was unable to comment at the time of print regarding the StarHub and M1 announcement. Singtel is however already involved in 5G gaming trials together with Razer and the Infocomm Media Development Authority of Singapore.

Singapore’s telecommunication regulator, the Infocomm Media Development Authority (IMDA), announced last year that at least 50% of the city-state will be covered with a standalone 5G network by the end of 2022. At the same time, it called for the country’s four local carriers to submit their 5G proposals.

StarHub has also been trialling 5G solutions in showcases for the public. M1, on the other hand, has been working with IHLs to spearhead the use of 5G in different industries.