StarHub states that it is keeping customers informed about the change, and giving them the option to unsubscribe. A spokesperson stated:

“From now till the end of the month, we are sending an SMS notification to subscribers of the ‘4G Speed Boost’ value-added service. We will also notify customers in their May bill. Customers are given the option to unsubscribe from 4G Speed Boost through SMS. We have updated our website and brochures at our retail outlets since yesterday. Customers who sign up for or renew their mobile plans at our shops will be kept informed.”

In response as to why the charges are now being implemented after being free of charge for nearly two years, the Starhub spokesperson said:

"The usual rate for 4G Speed Boost is $10.70/month. Since launch in September 2012, 4G Speed Boost has been offered free-of-charge as a promotion. As with all promotions, there is an end date. In this case, the free 4G Speed Boost promotion, which initially ended on 31 December 2013, is extended till 31 May 2014." 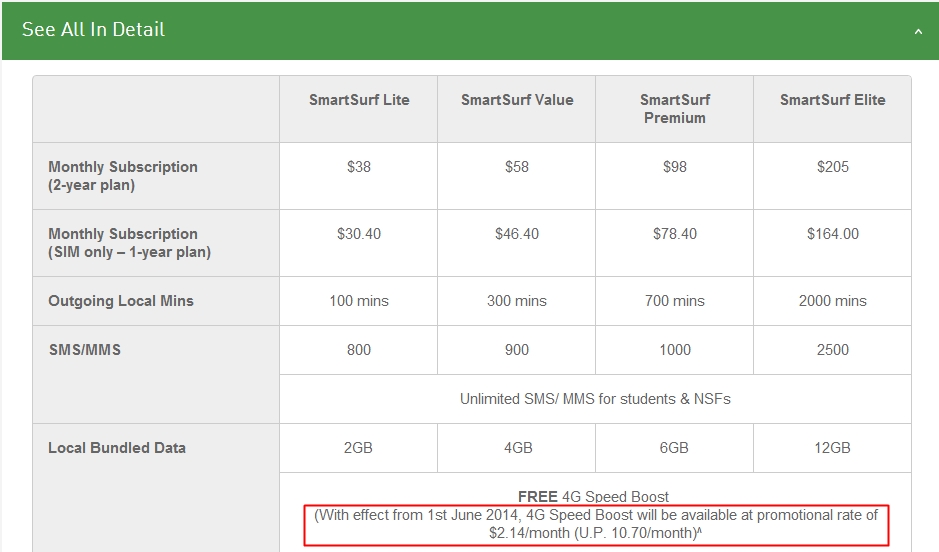 StarHub's 4G subscribers, be prepared to pay an additional $2.14 per month starting from 1st June 2014. This only applies to customers on the SmartSurf plans (Lite, Value, Premium and Elite).

The telco stated on its website that the 4G Speed Boost will be available at a promotional rate of $2.14 per month (U.P $10.70 per month) with effect from 1st June 2014. 4G subscribers have been enjoying the free speed boost since September 2012. 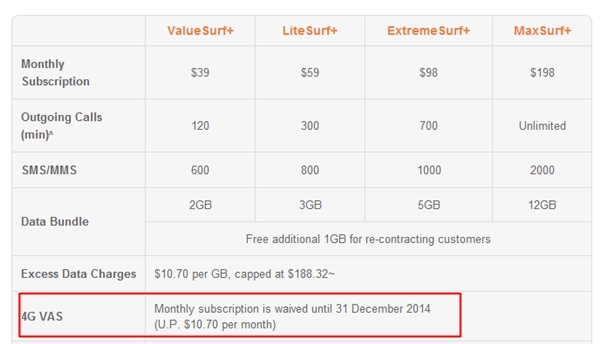 SingTel has stated that it currently has no plans to charge customers for 4G, although its website does state that while the service is currently free, it will be charged at $10.70/month at "a date SingTel determines."

Join HWZ's Telegram channel here and catch all the latest tech news!
Our articles may contain affiliate links. If you buy through these links, we may earn a small commission.
Previous Story
Brother Launches ScanNCut and Hello Kitty Home Sewing Machines
Next Story
Microsoft Launches Office 365 Personal in Singapore