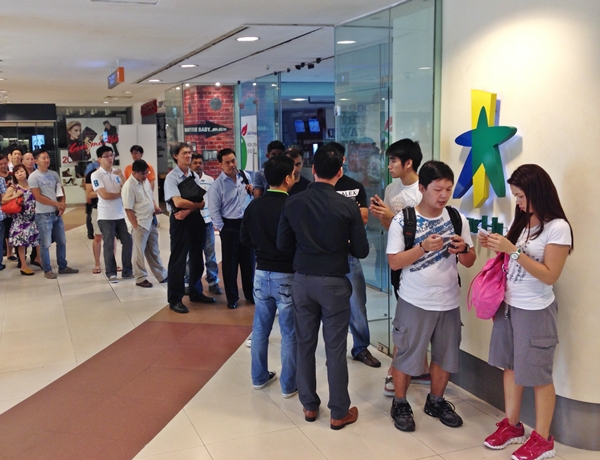 In the very near future, StarHub users would get to experience a peak upload speed of 150Mbps over StarHub’s 4G networks. That’s three times higher than the current peak speed, and it was made possible via a trial that uses Nokia’s 4G LTE-Advanced technology.

The trial was successful at implementing Nokia’s carrier aggregation software. With it, two blocks of non-contiguous bands of 4G spectrum were combined to double the existing upload speed (specifically, the aggregated bands were 1800MHz and 2,600MHz). After aggregating, Nokia implemented the 64 quadrature amplitude modulation (QAM) technique to enhance the speed by another 1.5 times.

The end result is a 4G network that’s capable of uploading a 200MB 4K resolution video in 11 seconds.

“The ability to upload quickly is fast becoming a necessity for our mobile customers. In fact, we saw a close to 50% increase in upload traffic year-on- year, as customers increasingly share high definition videos and photos instantly with the world,” said Mock Pak Lum, Chief Technology Officer, StarHub. “Collaborating with technology partners such as Nokia, we are driving innovation in 4G for the benefit of our customers amid continued growth in mobile data use.”

With the trial being a success, StarHub and Nokia intend to implement the upload boost in Marina Bay and Orchard by the end of 2016. Nationwide deployment is slated for 2017. According to the press release, this is the first Southeast Asia trial at using carrier aggregation technology, together with the 64 QAM technique.

Join HWZ's Telegram channel here and catch all the latest tech news!
Our articles may contain affiliate links. If you buy through these links, we may earn a small commission.
Previous Story
4 reasons Samsung Pay is the better way to pay
Next Story
Linksys updates its Smart Wi-Fi app with new interface and features