Here's everything you need to know about Star Wars: Squadrons

Here's everything you need to know about Star Wars: Squadrons 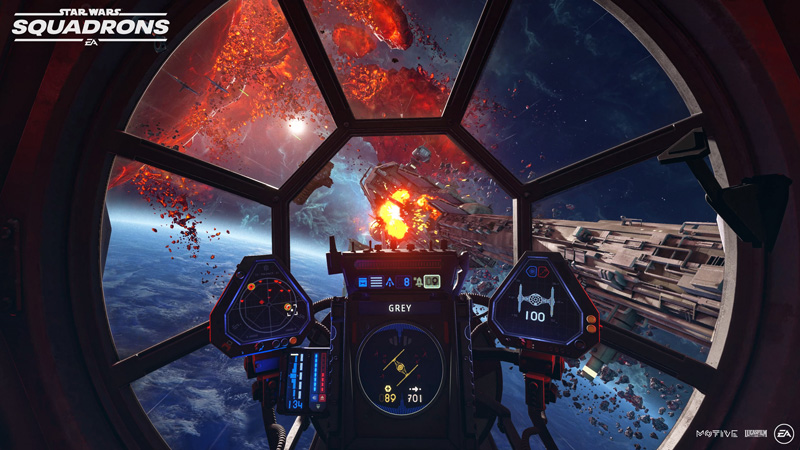 Squadrons comes with both a story campaign and several multiplayer modes. The story takes place right after Star Wars: Return of the Jedi, with the Empire crippled and the Rebels tasked with mopping their stain off the galaxy. The campaign also doubles as an extended tutorial on the game’s systems, because eight starfighters and support ships are made available to players - and you might need some training before taking them into multiplayer combat.

Bombers like the Y-Wings and TIE Bombers do pretty much what their names suggest - make big things go boom. The support ships come from Rogue One: A Star Wars Story - the TIE Reaper and U-Wing. It’s not altogether clear what they do, only that they’re built to help teammates out during combat.

Over the course of the main campaign, you will play as members of both the New Republic Vanguard Squadron and the Imperial Titan Squadron. You can fully customise these characters in story and multiplayer, changing their facial features, clothing and even their species. Ships can also be customised in multiplayer modes, available in various colours with colourful decals. You can also place Ewok bobbleheads in the cockpit - though I’m hoping to snag a Porg, myself. 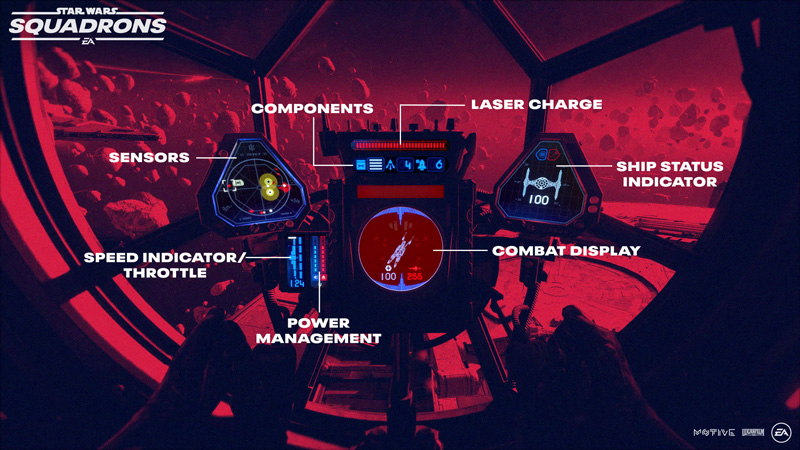 Once players are done messing about in the story campaign, it’s time to take the battle to online multiplayer. Squadrons features several multiplayer modes, the first of which is Dogfight. In this mode, players squad up in teams of 5 and simply go around causing chaos while trying to shoot each other down.

Fleet Battles are decidedly more interesting, giving each team a series of attack and defense missions that culminate in them trying to bring down the enemy’s massive capital ship. This works a lot like the original Star Wars Battlefront 2’s space battles, wherein players have to attack specific weak points in these capital ships to bring them down. This mode is available in single-player or cooperative online multiplayer, where players fight against enemy AI.

Star Wars: Squadrons is fully playable in virtual reality on PlayStation 4 and PC - though no specific VR systems have been detailed for the latter platform. However, the game will support joysticks and full hands-on throttle and sticks (HOTAS) rigs on PC. There will be no microtransactions, and a Game Informer interview confirmed that developer EA Motive doesn’t consider Star Wars: Squadrons a ‘living’ game - so no post-launch content is planned. What you see is what you get, basically. 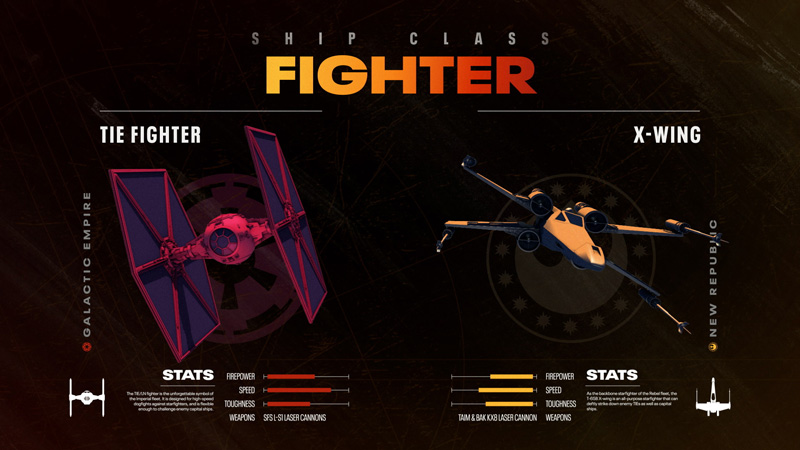 The game will launch on October 2, 2020 at the price of US$39.99 (around S$50). You’ll be able to play it on PlayStation 4, Xbox One and PC via either Steam, Origin or the Epic Games Store - with full cross-play support! For more information, check out our coverage of the game reveal here.

Join HWZ's Telegram channel here and catch all the latest tech news!
Our articles may contain affiliate links. If you buy through these links, we may earn a small commission.
Previous Story
Apple Singapore is reopening its stores on 24 June
Next Story
You can play Assassin's Creed: Origins for free this weekend