This Star Wars: Squadrons CG short explores the Empire's side of the story

This Star Wars: Squadrons CG short explores the Empire's side of the story 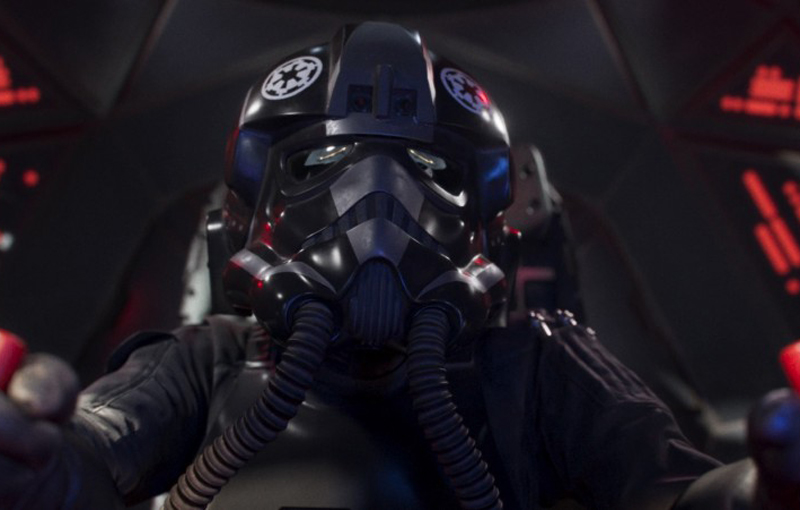 The Empire won’t go down without a fight.

Electronic Arts has released a new trailer for Star Wars: Squadrons, and it’s a doozy. The seven-minute CG short, titled ‘Hunted’, was made in collaboration by Motive Studios, Lucasfilm and ILM. It’s set right before the events of the game, and introduces players to one of the main characters of its story.

The short kicks off with the Empire failing to pull off a surprise attack, after the events of Star Wars: Return of the Jedi. The Emperor, Darth Vader and the second Death Star have all fallen, but Titan Squadron isn’t giving up. Specifically, Squadron Leader Varko Grey, who becomes the last TIE pilot after a disastrous space battle. He finds himself relentlessly pursued by a New Republic X-wing pilot in this short.

The short serves to build up Varko Grey’s character, who appears later in Star Wars: Squadron’s story campaign. It also paints the Empire as the sympathetic underdog, which is a huge turnaround from how far-reaching their presence was in the original Star Wars trilogy.

Seeing as the game will have you play as both Rebel and Empire forces, it makes sense to flesh the Empire out a little more, considering how heroic the Rebels already look. Hopefully we see another CG short in the coming weeks showcasing the Rebels too.

Star Wars: Squadrons will launch on October 2, 2020 for PlayStation 4, PC and Xbox One. It can also be played in virtual reality.

Join HWZ's Telegram channel here and catch all the latest tech news!
Our articles may contain affiliate links. If you buy through these links, we may earn a small commission.
Previous Story
Samsung launches a 0.7-microns pixel size sensors for smartphones
Next Story
When would Huawei announce the Mate 40?