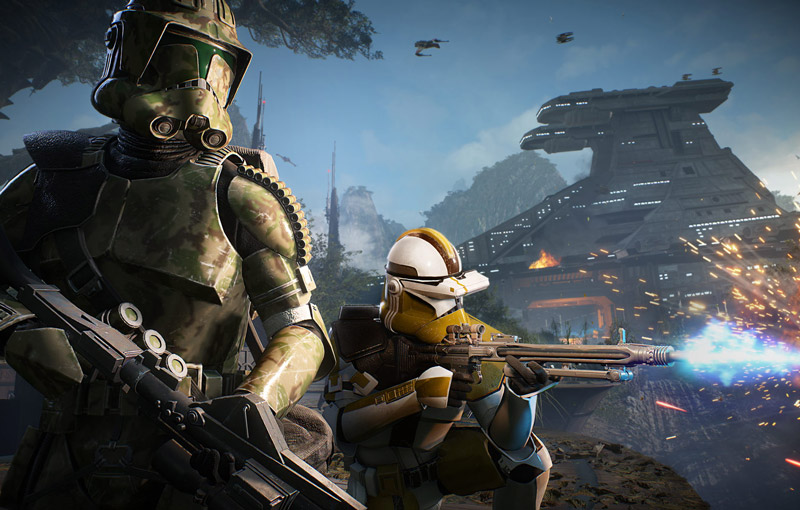 Epic Games Store is continuing their weekly tradition of giving games away for free, and next week’s offering is a doozy. The store is giving away Electronic Arts’ shooter Star Wars Battlefront 2, beginning on January 14, 2020.

Developed by Battlefield makers DICE, Star Wars Battlefront 2 made waves at launch due to its controversial monetisation and lootbox systems, but the game has come a long way since. Its microtransactions only reward players with cosmetic items now, instead of encouraging pay-to-win tactics that were present before.

The game’s last update added a map from Star Wars: Rogue One:

The Epic Games Store is actually giving away Star Wars Battlefront 2’s Celebration Edition, which comes with all cosmetic content in the game that was previously available as purchases in the store. That means that you’ll immediately have access to all sorts of skins available for the various soldier types and heroes in the game.

The game has also seen multiple content updates since 2017, adding maps from the movies like The Last Jedi’s Crait, and Attack of the Clones’ Geonosis. It’s grown into an immensely enjoyable game, especially for Star Wars fans who want to revisit iconic locations from the franchise and play as their favourite heroes. Personally, I’d highly recommend checking it out.

Previous Story
Xiaomi launches budget-friendly Redmi 9T to kick off 2021
Next Story
Dana DeLorenzo will return as Kelly in the upcoming Evil Dead: The Video Game