Star Wars: The Bad Batch will return for Season 2 on Disney+ next year

Star Wars: The Bad Batch will return for Season 2 on Disney+ next year 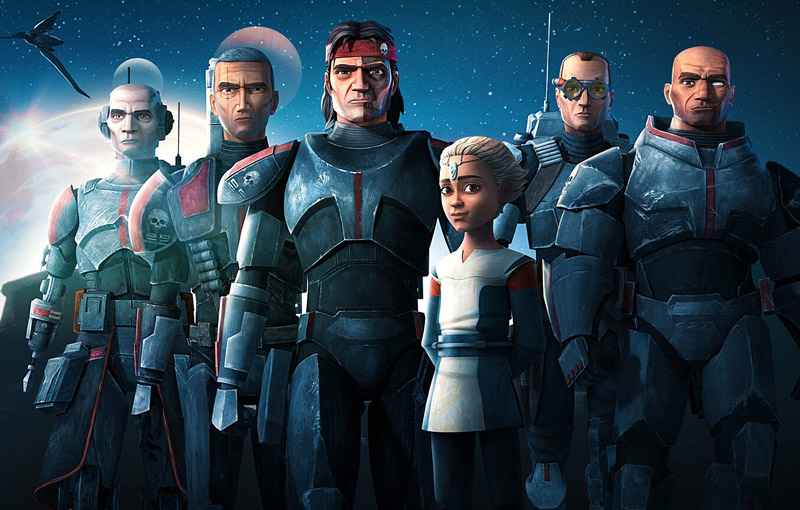 Disney+ has announced a second season renewal for Star Wars: The Bad Batch, in advance of its first season finale happening next week. The series will return with more episodes in 2022, so we won’t have to wait long to see more adventures in this post-Clone Wars era.

Star Wars: @TheBadBatch will return for a second season in 2022. Prepare for the two part finale of season one starting tomorrow, only on @DisneyPlus. #TheBadBatch pic.twitter.com/TOs5Lh34bT

The Bad Batch, having escaped their clone programming, fell victim to infighting and ultimately decided to rebel against the Empire. One of their own, Crosshair, joined the Empire instead and pursued the squad throughout Season 1. The series explores the Bad Batch’s exploits as they run into familiar characters scattered across the galaxy, joined by their new companion Omega.

While The Bad Batch hasn’t exactly been as exciting as we’d hoped week-to-week, it’s still good content for Star Wars fans to chew on until bigger live-action series like The Book of Boba Fett, The Mandalorian Season 3, Andor and Obi-Wan Kenobi drop on Disney+. More Star Wars is always a good thing, right?

Join HWZ's Telegram channel here and catch all the latest tech news!
Our articles may contain affiliate links. If you buy through these links, we may earn a small commission.
Previous Story
Goodbye Razer Pay as company ends its e-wallet payment service
Next Story
A Final Fantasy modder has created a replacement for the Pixel Remasters' awkward font