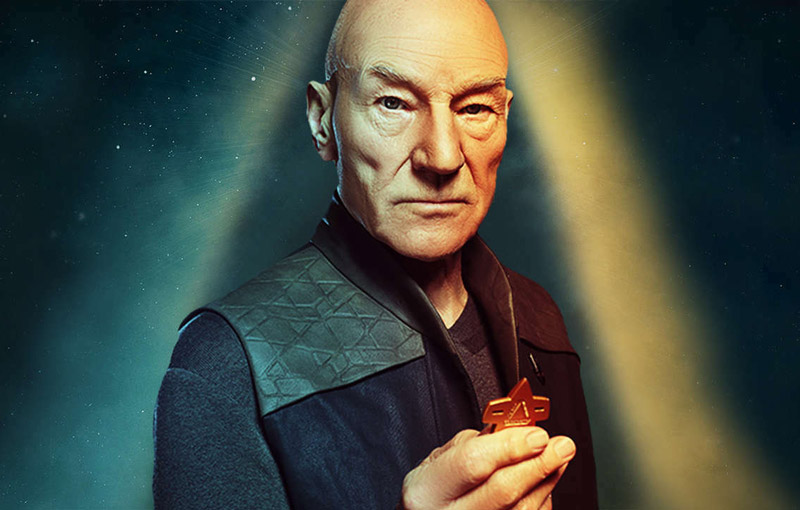 Sure, let’s play around with time. What could possibly go wrong?

After more than a year since Star Trek: Picard’s first season wrapped up, we finally have a glimpse of what awaits us in Season 2. The show has just begun production, so not much footage is shown off - but a philosophical monologue from Picard and a very telling calling card give us two major hints at what’s coming next.

The trailer is more or less just footage of Picard’s office at home. We see various items connected to time - such as a clock and an hourglass - while Picard laments that, “the true final frontier is time,” and that history might be subject to change. It seems like Season 2 will have Picard and his fellow crewmembers investigate the possibility of time travel, and perhaps even explore or create new timelines much like the recent Star Trek reboot movies.

The real kicker comes at the end of the trailer, when we’re shown a lone Queen of Hearts playing card, which disintegrates and leaves an ominous ‘Q’ behind. The powerful alien antagonist’s presence in Season 2 is then all but confirmed when actor John de Lancie reprises the role with a single line: “The trial never ends.” Not only will Picard have to deal with time travel next season, but the villainous Q too!

Fans have also pointed out one more interesting detail: the trailer takes care to show us a Bajoran tablet broken by Captain Sisko in the series Star Trek: Deep Space Nine, in an episode called ‘The Reckoning’. It’s a rather random thing to include in this trailer, so one could speculate that a Deep Space Nine crossover episode is on the horizon too. Either that, or the production team just needed a tablet and dragged this prop out of storage. Who knows?

Star Trek: Picard Season 2 will see Patrick Stewart, Alison Pill, Isa Briones, Evan Evagora, Michelle Hurd, Santiago Cabrera, Jeri Ryan, Orla Brady, and Brent Spiner return to the cast, with the new addition of John de Lancie as Q. This season also has a change in showrunners, with Season 1’s Michael Chabon replaced with Akiva Goldsman and Terry Matalas (12 Monkeys). Given the somewhat lukewarm reception to Picard's first season and the absolute excellence that is 12 Monkeys, one can only hope that Season 2 turns out better.

Season 2 will launch on the new streaming service Paramount+ in 2022.

Join HWZ's Telegram channel here and catch all the latest tech news!
Our articles may contain affiliate links. If you buy through these links, we may earn a small commission.
Previous Story
These cool new Adidas Ultraboost shoes can be customised with LEGO pieces
Next Story
Google Pixel 6 rumoured to contain a Google-made chipset as early as this year