Star Citizen is getting 40-player space and land battles

Star Citizen is getting 40-player space and land battles 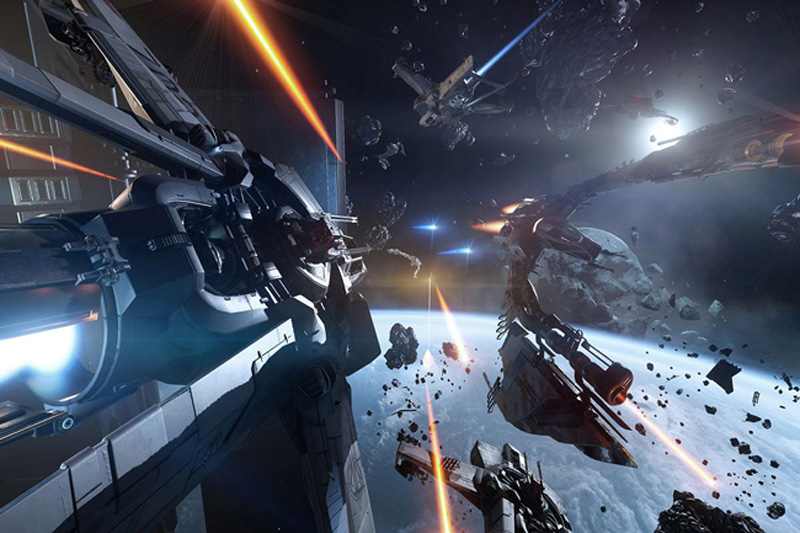 Remember Star Citizen, that Kickstarter-backed game that has been in development since 2012, and currently exists in an alpha state? Well, it’s not coming out of alpha anytime soon (and probably never will), but it IS getting a whole new mode of play: Theaters of War.

Theaters of War was announced at CitizenCon 2019, and will be a multiplayer co-operative game mode combining first-person shooter (FPS) combat with surface and space vehicular combat. It’s a mouthful, but essentially - it’s Battlefield in space.

The game mode will unfold in phases. The first phase will see players fighting it out on foot in a typical FPS capture-and-control round, with multiple character classes available. The second phase continues the battle, but on a larger map with vehicles included.

Phase three is when all players head to space, and tackle one-man ships or larger ships with multiple players. You can even take over a space base, which will have players switch to FPS gameplay while inside. So far, so Star Wars Battlefront.

Star Citizen has had a pretty strange development cycle. The game has raised more than US$240 million from crowdfunding, with in-game purchases that have cost up to US$27,000. Players are pouring a ton of money into this game - even if it’s not technically out yet.

Next year will see the release of Squadron 42 from developer Cloud Imperium. What was originally a story mode within Star Citizen has become an entirely separate game, with a massive cast of big names, including the likes of Gary Oldman, Henry Cavill, Mark Hamill, Andy Serkis, Gillian Anderson and more. That should be interesting!

Join HWZ's Telegram channel here and catch all the latest tech news!
Our articles may contain affiliate links. If you buy through these links, we may earn a small commission.
Previous Story
US$1.4m video game character sold by man for US$500 because he was "dizzy"
Next Story
The future of DC movies revealed - Superman, Green Lantern and more