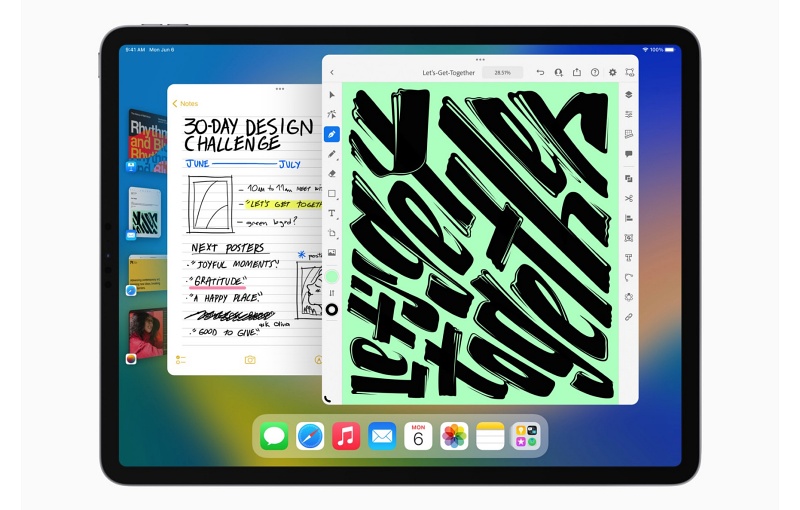 One of the most highly anticipated feature of iPadOS 16 is now coming to older iPad Pro models.

The latest iPadOS 16 developer beta indicates that Stage Manager, the new multitasking system, is now able to work on older iPad Pro models due to strong interest of customers. Apple says "its teams have worked hard to find a way to deliver a single-screen versions for these systems, with support for up to four live apps on the iPad screen at once".

Apple is also removing external display support for Stage Manger on the M1-powered iPads. It will be rolled out in a separate software update later this year.

Previously, Stage Manager was only available on the M1-powered iPad models as it required "large internal memory, incredibly fast storage, and flexible external display I/O, all of which are delivered by iPads with the M1 chip".

Apple confirmed last month that the iPadOS 16 would not be released with iOS 16. It will ship as iPadOS 16.1 as a free software update later this year.

Join HWZ's Telegram channel here and catch all the latest tech news!
Our articles may contain affiliate links. If you buy through these links, we may earn a small commission.
Previous Story
Logitech announces new "Designed for Mac" mice and keyboards
Next Story
Hazelight Studios director Josef Fares has teased the team's latest project