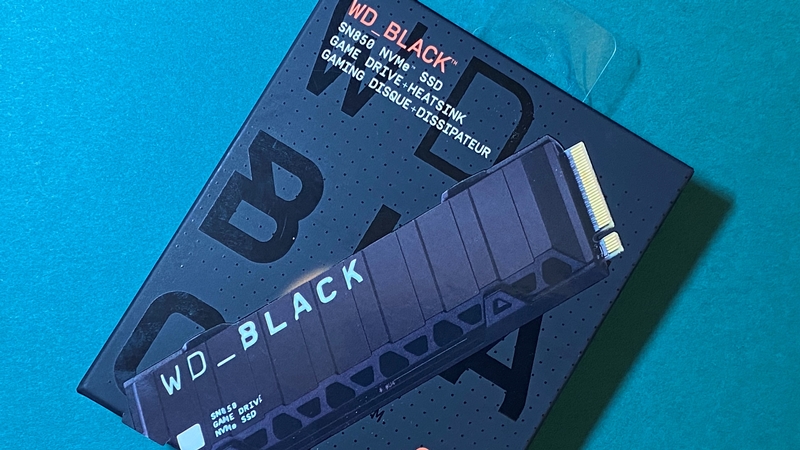 Modern tech is often a double-edged sword, and unfortunately it's one where many folks can't really see where the "edges" are. Seeing people around you throwing out terms like M.2 SSDs, heatsinks, sequential read speeds and suchlike can be nothing short of confusing, and that confusion tends to culminate in gamers buying less-than-optimal equipment for their setups.

As such, perhaps it would be best to take a couple of pointers right from the "source", and if you happen to be looking around for SSDs for your PS5 consoles, you might as well check out the one that PS5 senior architect Mark Cerny will be ordering for his own pair at home.

According to a tweet he published yesterday (1 Aug), both he and his partner will apparently be going for Western Digital's WD_Black SN850 NVMe SSDs for their respective PS5 consoles, specifically the ones that include the heatsinks.

Although we can assume that their top-tier heat dissipation is certainly a large contributing factor, it would also seem that opting for the SN850 line simultaneously clears the bar for sequential read speed. Putting it into numbers, the PS5 recommends that users opt for a SSD with a sequential read speed of 5,500 MB/s or higher - however, all three options within the SN850 line weigh in at 7,000 MB/s by default, meaning you'll already be good to go with any of them.

Speaking of options, the other concern when it comes to SSDs is storage space and price (obviously), and while Cerny doesn't specify which of the three available sizes he'll be getting - 500GB, 1TB and 2TB - there's no need to worry about it. Frankly, this choice all boils down to individual preference, circumstance and budget, which is probably why Cerny wasn't explicit about his selection. Nevertheless, it's also worth noting that Western Digital's SSDs aren't the only options available on the market - Seagate's FireCuda 530 line has also been touted to be compatible with the PS5 console, though some of the larger variants appear to be priced a little higher than their WD counterparts.

Join HWZ's Telegram channel here and catch all the latest tech news!
Our articles may contain affiliate links. If you buy through these links, we may earn a small commission.
Previous Story
This could be the roadmap for the Mac and its full transition to Apple Silicon
Next Story
Two Point Hospital is getting a funky costume crossover for Sonic's 30th anniversary