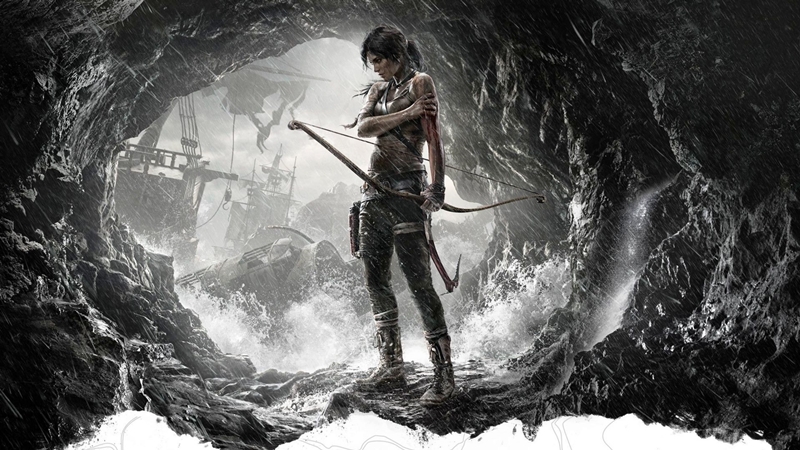 When you think about the concept of Tomb Raider in general, you usually envision a rugged, adventurous lady swiping totems and treasures wielding a pair of pistols. Of course, that perspective might differ slightly depending on when you got into the franchise, because developer Crystal Dynamics' reboot and all of its respective sequels really challenged what gamers thought about the cool-headed heroine.

Although said reboot certainly did a good job of displaying a more vulnerable and emotionally relatable iteration of Lara Croft, the point is, you don't usually associate her with the survival horror genre regardless of which lens you view her through. Survival? definitely. But horror? Now that's a tough sell if I've ever seen one.

However, according to some old development footage that publisher Square Enix dug up as part of Tomb Raider's 25th Anniversary, the 2013 game was apparently well on its way to falling under that umbrella. Except that it didn't, fortunately. The video features clips from Tomb Raider: Ascension, a game that eventually evolved into the Tomb Raider that we're familiar with today. Among other things, it shows Lara doing battle against some spooky-looking wraiths, which would honestly seem more at home in Outlast than any Tomb Raider title.

Well, that's probably part of the reason why the developers ended up scrapping the concept, and instead decided to roll with a more realistic take on survival. Truth be told, it would have been quite weird if they had kept it because fighting weird supernatural entities with guns certainly isn't something that fits Lara's job description - that's Resident Evil's business.

Join HWZ's Telegram channel here and catch all the latest tech news!
Our articles may contain affiliate links. If you buy through these links, we may earn a small commission.
Previous Story
Gorilla Mobile users can now exchange Go Tokens for shopping e-vouchers
Next Story
HP’s new Smart Tank 700 printers have over 25% recycled plastic in them