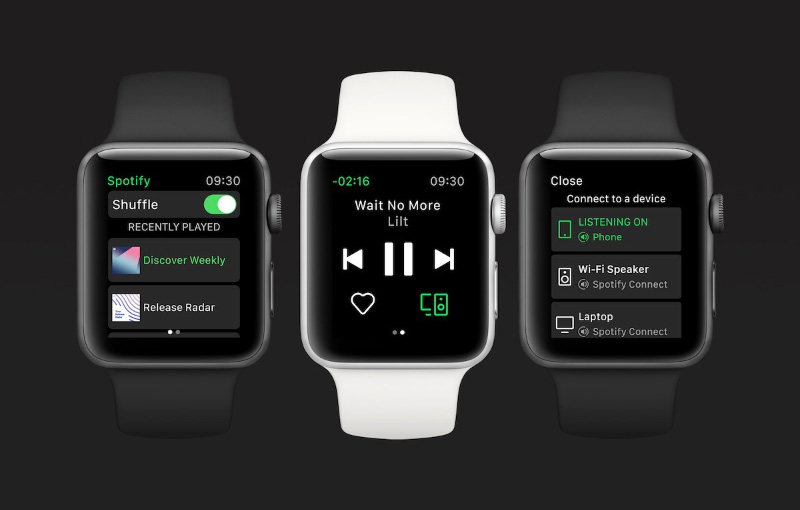 Ah, the wait could soon be over for Spotify subscribers who want to stream their music directly to their Apple Watches.

After some users reported that they could stream music directly to the Apple Watches, Spotify has confirmed that it is working on enabling this feature to all users.

We’re focused on developing experiences that enable users to listen to Spotify wherever and whenever they want — regardless of the device or platform. After an initial testing period, we are now rolling out streaming capabilities for Spotify on the Apple Watch

This means Spotify subscribers could soon stream music directly to their Apple Watch over Wi-Fi or cellular without using their phones as an intermediary.

However, support for offline listening, where music is stored directly on the watch, is still not possible.

Spotify hasn't officially announced this new feature but said to various outlets that a global rollout is in the works. No specific timeframe has been given.

According to Spotify, to be able to enjoy this feature, you'll need an Apple Watch Series 3 or later running watchOS 6.0+ (recommended 7.1+) and a Wi-Fi or cellular connection. You'll also need to be running the latest version of Spotify on y our iPhone.

Join HWZ's Telegram channel here and catch all the latest tech news!
Our articles may contain affiliate links. If you buy through these links, we may earn a small commission.
Previous Story
LG's patents for retractable smartphone display surfaces online
Next Story
Samsung is terminating its S Translator service on Dec 1