When Apple Music launched last June, Spotify CEO Daniel Ek responded with a half-dismissive, half-snarky two words: “Oh ok”. That tweet has since been deleted, but that response may just have been fairly appropriate. In an interview with Reuters, Spotify VP Jonathan Forster revealed that the streaming service has seen growth quicken since the June launch of Apple’s rival music service last year.

Spotify now has close to 100 million users across 59 markets, which isn’t bad at all for a relatively young company that is only 10 years old. There’s also no forgetting that it achieved those numbers in an increasingly crowded market with high-profile players like Google Play Music and the celebrity-backed Tidal, and in spite of the fact that it is still not turning in a profit.

One would think that Apple’s entry into the music streaming market would threaten Spotify. After all, this is the world’s most valuable company we’re talking about here, and it also has a huge base of loyal users to tap on. But as it turns out, Spotify has walked off the competition without really breaking a sweat, and actually views Apple Music as a good thing. 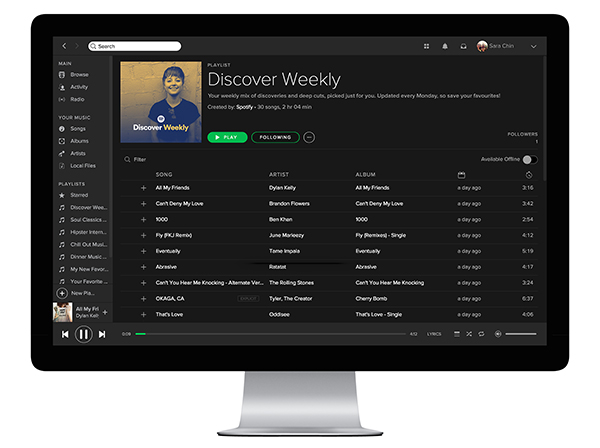 Forster says that Apple Music helps raise the profile of streaming, noting that Spotify started to add users more quickly once Apple entered the ring. With 30 million paying users, Spotify is now the market leader in music streaming, and that figure is also a lot more than the 13 million paying subscribers that Apple last reported.

Furthermore, Forster, who also happens to be one of Spotify’s first employees, appeared to suggest that there was space for more than just one major player in the music streaming market. According to him, rival services are not just swapping users, and there probably isn’t some sort of cap on the number of users either.

But that doesn’t mean that Spotify thinks that everyone can co-exist happily in the long run. “My internet history would tell me that there’s probably not going to be that many significant players,” Forster says.

Still, Spotify’s continued success hasn’t led it to become complacent. The company just announced 12 new music-focused original series in select markets, and it continues to source for income in areas like concerts and merchandizing.