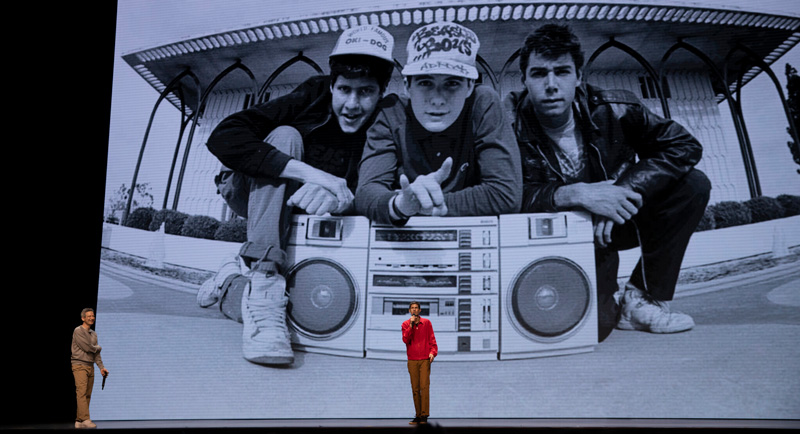 A documentary feature on the Beastie Boys will premiere on Apple TV+, directed by Spike Jonze.

The film is titled, ‘Beastie Boys Story’, written by members of the hip hop group - Mike Diamond and Adam Horovitz. Director Spike Jonze, known for award-winning movies like 2013’s Her and 1999’s Being John Malkovich, actually has a long history with the group - since he directed the music video for their 1994 hit Sabotage.

Beastie Boys Adam Horovitz and Mike Diamond will discuss the group’s 40-year friendship, and their explosion in popularity after hip-hop turned mainstream in the late 1980s. They will also pay tribute to founding member Adam Yauch (MCA), who passed away from cancer in 2012.

Beastie Boys Story will get a limited release in Imax on April 3, right before it premieres globally on Apple TV+ on April 24. The documentary actually grew out of Jonze and Beastie Boys’ massive 600-page memoir, the Beastie Boys Book.

If you’re a longtime fan of the Beastie Boys, why not travel back in time to see how it all began? That is, unless you’re still busy watching Apple’s new M. Night Shyamalan TV show.