Spider-Man: Miles Morales is coming to the PlayStation 5 this year

Spider-Man: Miles Morales is coming to the PlayStation 5 this year 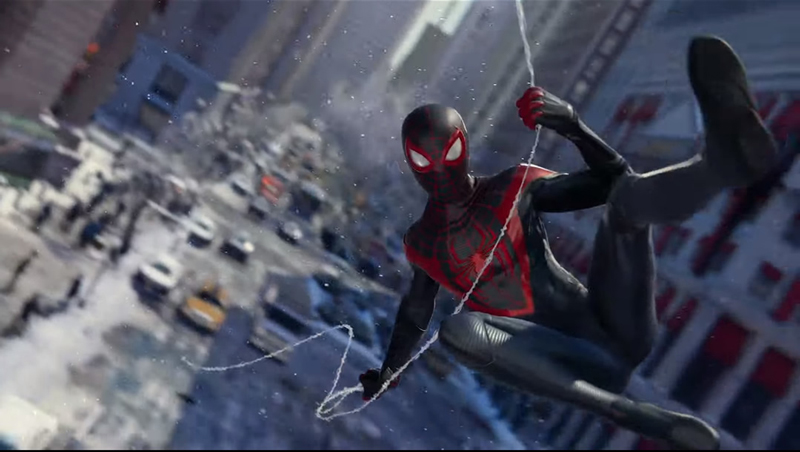 Why have one Spider-Man when you can have two?

If you’re a huge fan of Spider-Man: Into the Spider-Verse, you’re going to love Insomniac Games’ next Spider-Man game. Announced during the big PlayStation 5 reveal event, Spider-Man: Miles Morales is a follow-up to the 2018 game that focuses on the titular black-and-red-suited Spider-Man.

This seems like a natural successor to Marvel’s Spider-Man, considering that it had heavily set up Miles’ new powers for a sequel. While we might not see a resolution to any of the game’s other dangling plot threads - like Harry Osborn’s sickness, it’ll be nice to dive into Miles’ backstory a little more.

The web-slinging wonder has a lot of qualities to separate himself from Peter Parker, such as snazzy electrical powers to shock enemies, and an (arguably) much cooler suit. Considering that the PlayStation 4 game portrayed an older, more experienced Peter Parker, it would be interesting to see how Miles reacts to New York’s assorted villains for the first time. One of them might even be his uncle, Aaron Davis - AKA The Prowler.

Spider-Man Miles Morales will launch on the PlayStation 5 in Holiday Season, 2020.

Join HWZ's Telegram channel here and catch all the latest tech news!
Our articles may contain affiliate links. If you buy through these links, we may earn a small commission.
Previous Story
Horizon Forbidden West has been announced for PlayStation 5
Next Story
An 'expanded and enhanced' version of GTA V is coming to the PlayStation 5