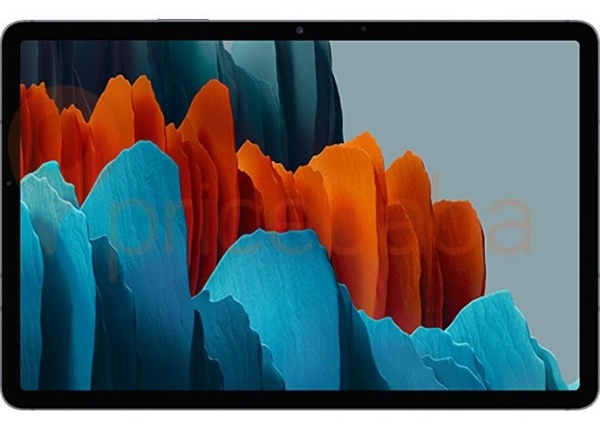 Samsung is having a hard time keeping its new products under wrap as yet another device and its specs are leaked.

Tipster Ishan Agarwal and pricebaba posted a purported render of the upcoming Samsung Galaxy Tab S7 and some specs. According to the tipster, the Galaxy Tab S7 will come with an 11-inch LCD display (2,560 x 1,600 pixels) and support 120Hz refresh rate.

The Galaxy Tab S7 is said to be powered by Qualcomm Snapdragon 865 and an 8,000mAh battery. Other rumoured specs include 128GB internal storage option, a microSD card slot, a chassis that measures 6.3mm thin and weighs 498g, a 13MP rear camera, an 8MP front-facing camera, 5G connectivity, and AKG quad speakers with Dolby Atmos.