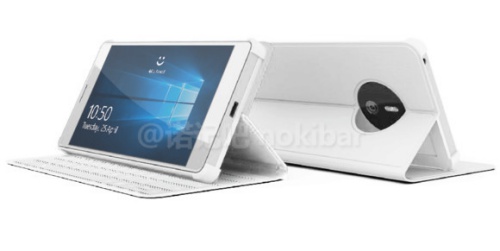 While it is about a year away from the rumored launch of Microsoft's Surface Phone models, specs of the devices have surfaced on Chinese social networking site Weibo. Mobipicker has exclusive information on the three models of the Surface Phone:

Based on the rumored specs, the three variants could be positioned for different market segments - consumers, business and prosumers/enthusiasts. A render of the Surface Phone also appeared, which reveals a flip cover with built-in keyboard, USB Type-C port, a 3.5mm audio output jack, and a circular camera module on the back. The Surface Phone is said to be priced around 6,000 yuan (~S$1,260).