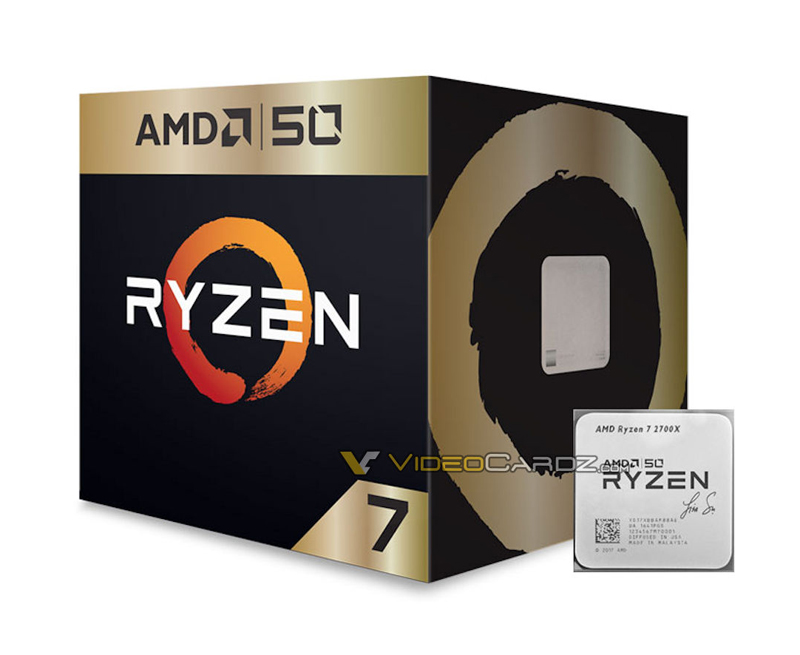 According to VideoCardz, a special commemorative collector’s edition of the AMD Ryzen 7 2700X will be launched soon to mark AMD's 50th anniversary. It will come in a black and gold box, bundled with AMD Wraith Prism cooling solution. The processor’s lid will feature a laser etched signature of Dr. Lisa Su, CEO of AMD. Its specifications should be identical to the original AMD Ryzen 7 2700X that's built on the new Zen+ architecture. The original octa-core processor has a base clock speed of 3.7GHz, and a boosted one rated at 4.3GHz. It boasts of a 6MB L3 cache, and a TDP of 105W. The AMD Ryzen 7 2700X was first launched in April last year, together with a new AMD X470 chipset.

AMD will observe its 50th anniversary on 01 May this year, and the company will also introduce special editions of their popular offerings, like the AMD Radeon VII graphics card.