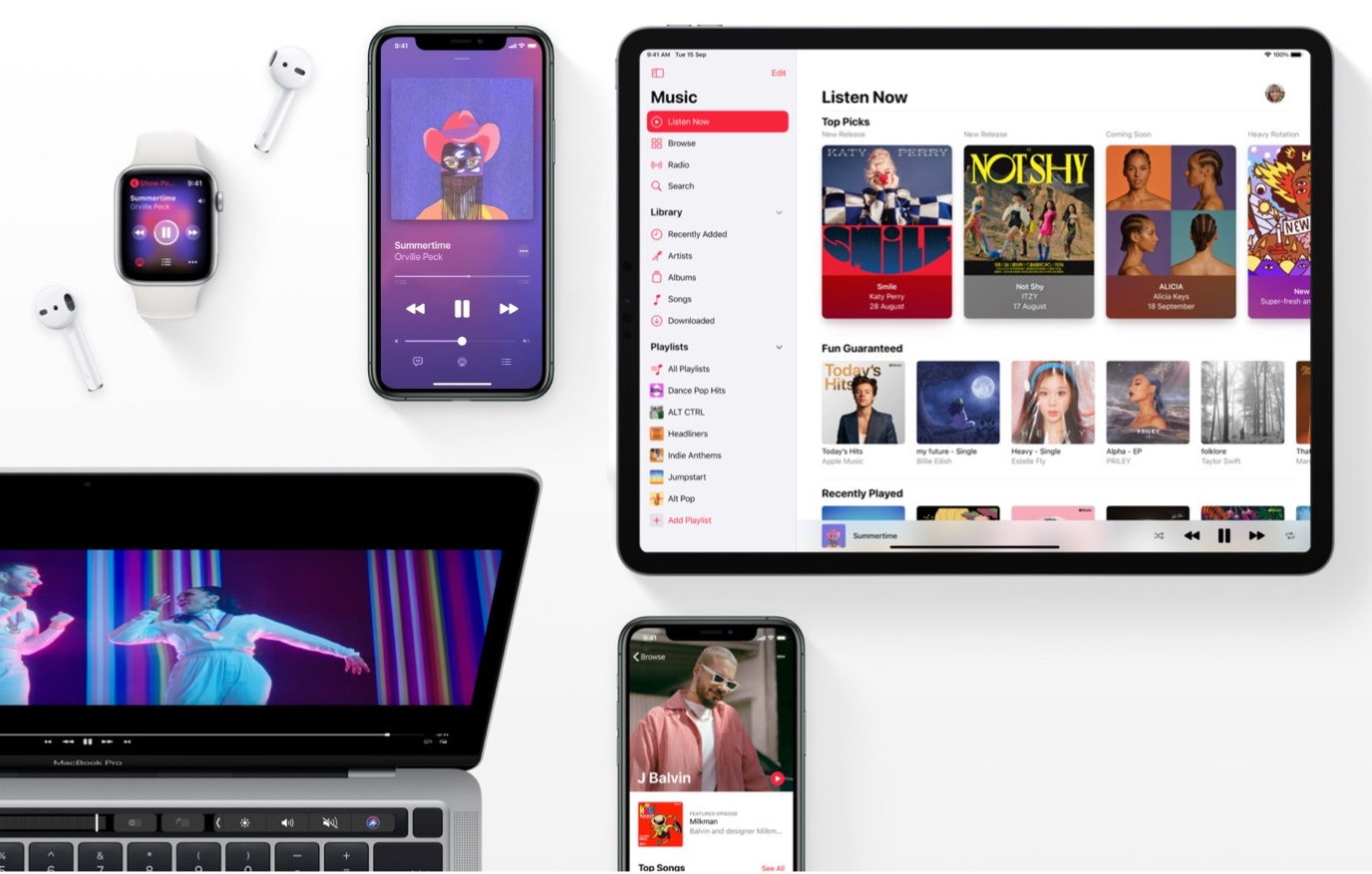 The first feature is Spatial Audio with support for Dolby Atmos. By default, Apple Music will automatically play Dolby Atmos tracks on all AirPods and Beats headphones with an H1 or W1 chip, as well as the built-in speakers in the latest iPhone, iPad and Mac models.

Albums that are available in Dolby Atmos will have a badge on the detail page. New Dolby Atmos songs will be added regularly and there will be a special set of curated Dolby Atmos playlists.

Apple states that there will be thousands of songs in Spatial Audio from the biggest artists and music across different genres at launch. It will be working with more artists and labels to create music specifically for the Spatial Audio experience.

The second feature is Lossless Audio which will preserve every single bit of the original audio file so that Apple Music users hear the exact same thing that artists created in the studio. Lossless Audio can be turned on in the latest version of Apple Music via Settings > Music > Audio Quality.

Apple Music's Lossless tier starts at CD quality (16 bit at 44.1 kHz) and goes up to 24 bit at 48 kHz. It is playable natively on Apple devices. Audiophiles can enjoy Hi-Resolution Lossless up to 24 bit at 192 kHz with external equipment such as a USB digital-to-analog converter.

Spatial Audio with Dolby Atmos and Lossless Audio will be available in June at no extra cost for Apple Music users.

Join HWZ's Telegram channel here and catch all the latest tech news!
Our articles may contain affiliate links. If you buy through these links, we may earn a small commission.
Previous Story
The Sharp Aquos R6 has a huge 20MP 1-inch camera sensor and 6.6-inch OLED screen
Next Story
Fast & Furious 9's Singapore release has been pushed back to 24 June