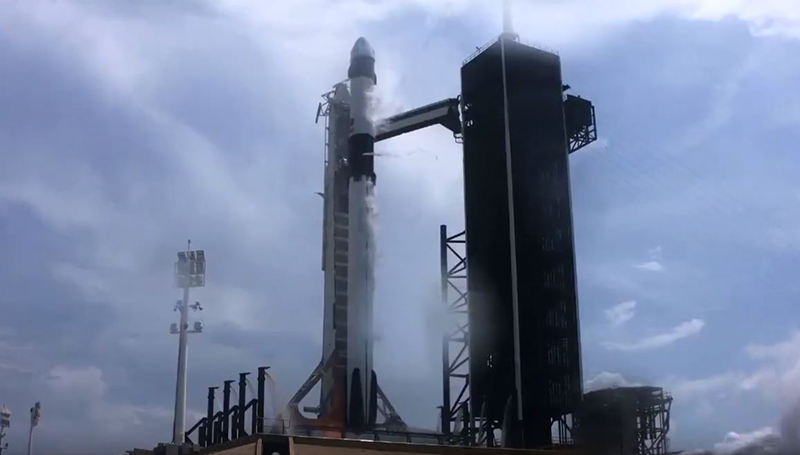 NASA astronauts Bob Behnken and Doug Hurley are on their way to the International Space Station (ISS). SpaceX successfully lifted the astronauts to orbit from NASA's Kennedy Space Center in Florida, its first ever crewed flight and also the first since 2011 to take place on US soil. The flight ushers in a new era for human spaceflight, as SpaceX becomes the first private company to launch astronauts into orbit.

The two astronauts took off from the same Florida launchpad graced by the Apollo missions and the space shuttles. However, it was SpaceX's Crew Dragon capsule and Falcon 9 rocket that carried them to orbit – the capsule is scheduled to dock with the ISS on Sunday, after roughly 19 hours in orbit. In the meantime, SpaceX's reusable Falcon 9 rocket has already landed on one of the company's drone ships, another success for Elon Musk's company. 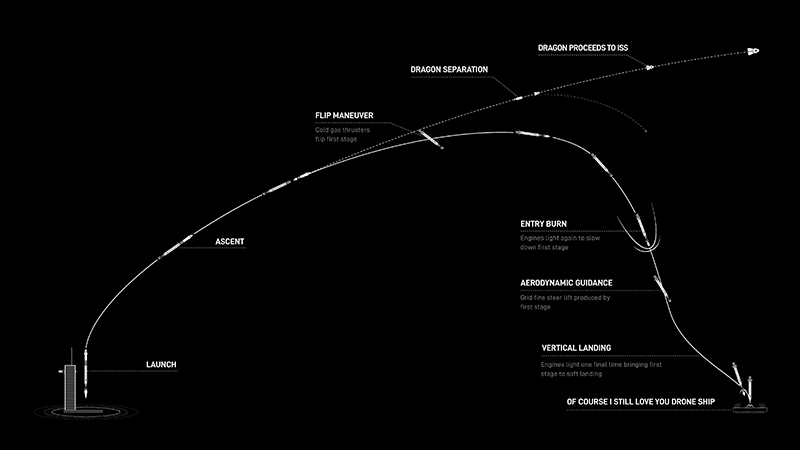 The mission marks a milestone for NASA's Commercial Crew Program, which enlisted both SpaceX and Boeing to develop new spacecraft that can ferry astronauts to and from the ISS. The US currently relies on Russia's Soyuz rocket to get its crew to the ISS, and one seat on the Soyuz costs NASA about US$80 million. The Commercial Crew Program was started to end NASA's reliance on a foreign country, and NASA enlisted SpaceX and Boeing in 2014, with the hope that they would have launch vehicles up and running by 2017.

Before that, the US ran its own Space Shuttle program, but that ended with the final flight to orbit from US soil on 8 July, 2011.

Today's launch is quite some time behind the 2017 launch date, and the program has been beset by multiple technical delays and testing failures. Still, after six years of testing, SpaceX has pulled ahead and heralded a new way of doing business at NASA, where the private sector now has a role in taking humans into orbit. While the government has previously handled the entirety of the design, production, and operation of spacecraft that will lift humans into orbit, the involvement of the private sector could now make spaceflight more accessible than ever.

The Crew Dragon capsule is able to automatically dock with the ISS without any input from the crew, but the two astronauts will try to manually fly the capsule as they approach the station, as part of the test to see if it can start to regularly carry NASA astronauts to the ISS. After that, it will remain docked until it's time for Behnken and Hurley to return home – NASA hasn't decided when they will splash down on Earth yet, but it will be sometime between six and 16 weeks later.

When it is time to go home, the Crew Dragon capsule will eventually touch down somewhere off Florida's Atlantic coast, lowered by the capsule's four parachutes. A SpaceX recovery boat will then meet them to help return them to shore.

The mission is not officially considered a success until that happens, but if all goes according to plan, this flight could be the beginning of SpaceX's chapter in the history of human spaceflight. NASA and SpaceX already have their sights set on the next Crew Dragon flight, which is currently set for 30 August and will transport four astronauts.

That said, delivering astronauts to the ISS is just the tip of the iceberg when it comes to SpaceX's ambitions. The company has grand plans to deliver humans to deep space destinations like the Moon and even Mars, and there remain plenty of obstacles to overcome before humanity can properly become a multi-planet species.

Join HWZ's Telegram channel here and catch all the latest tech news!
Our articles may contain affiliate links. If you buy through these links, we may earn a small commission.
Previous Story
Micro-LED may not be coming to the Apple Watch this year
Next Story
Sony will show off PlayStation 5 games for the first time on 4 June