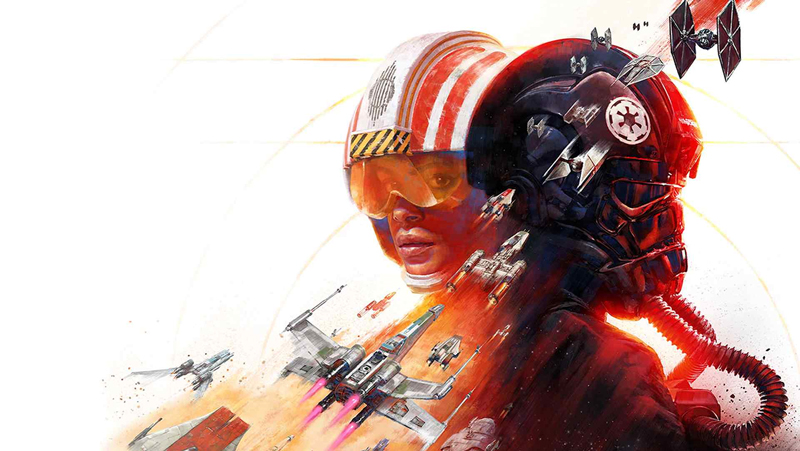 Electronic Arts’ next Star Wars game has been leaked, and it’s called Star Wars: Squadrons. The game first popped up out of nowhere on the Xbox website, showing off brand-new artwork for the game and its title for the first time. Previously, the game had been leaked via the PlayStation Store under the codename ‘Project Maverick’.

Jeff Grubb of VentureBeat has been teasing this announcement for some time, and recently spilled the beans on EA’s upcoming Star Wars game. Apparently, the game will allow you to participate in big Star Wars space battles - a franchise staple across all three movie eras. Star Wars: Squadrons will feature a singleplayer campaign, but its main focus rests on a multiplayer component.

The game is in development at EA’s Motive Studios - which previously created Star Wars: Battlefront 2’s singleplayer campaign and helped out production on BioWare’s Anthem. For the first time, the studio will be leading development on a full game on their own. EA has begun releasing teaser images for the game, which have a rather Top Gun-like aesthetic: Star Wars: Squadrons is likely to be the, “smaller, more unusual project,” in development at EA, as teased by Kotaku. EA had previously axed multiple Star Wars projects (including an open-world Star Wars game and Battlefront spin-off), in favour of something that could be churned out quickly for next-generation consoles. That would be this game.

Hopefully, this game still manages to be great despite a short development cycle. The last two EA Star Wars games have turned out to be some of the best ever made in the franchise - so who knows? EA will fully reveal Star Wars: Squadrons tonight at 11pm (Singapore time) on Youtube.

Join HWZ's Telegram channel here and catch all the latest tech news!
Our articles may contain affiliate links. If you buy through these links, we may earn a small commission.
Previous Story
Computex 2020 is rescheduled for a 3rd time in its history...to 2021
Next Story
Capcom has apparently axed Resident Evil 8's cross-gen availability