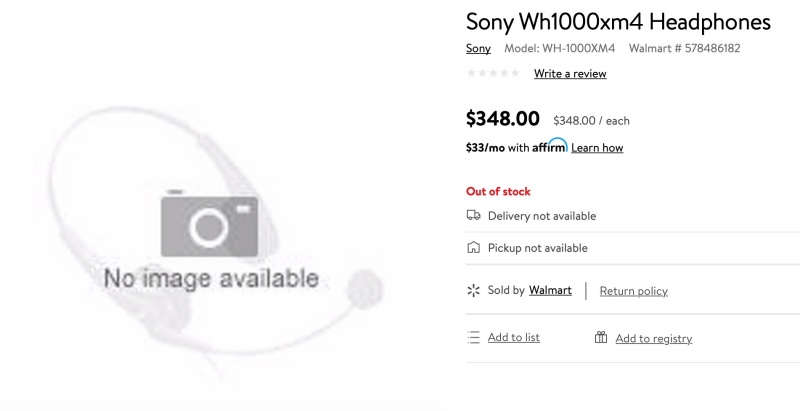 Sony's successor to the WH-1000MX3 headphones is leaked in full on Walmart.

The WH-1000MX4 also comes with DSEE Extreme (Digital Sound Enhancement Engine) which uses AI to upscale compressed digital audio files in real time. It is stated to have a lighter-weight design, but battery life is maintained at up to 30 hours on a single charge.

While there is no indication on when the WH-1000MX4 is available for purchase, its listing on Walmart suggests that an announcement is expected anytime soon.

Join HWZ's Telegram channel here and catch all the latest tech news!
Our articles may contain affiliate links. If you buy through these links, we may earn a small commission.
Previous Story
Google and Samsung working on fixes for the recent crashing wallpaper bug
Next Story
Singapore to consider switching to Apple/Google contact tracing API