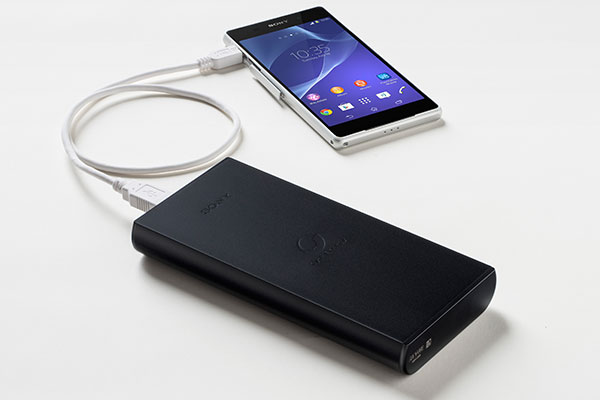 Sony has announced the CP-B20, a USB portable charger with a high 20,000mAh battery capacity.

Designed to charge multiple devices at the same time (or the same device many times over), the CP-B20 has four USB output ports with a combined maximum current of 6.9A. When one port is used, the maximum output is 2.4A. Input-wise, it accepts up to a maximum of 1.5A, and takes 15 hours to charge with the separately sold AC adapter (over a USB port, it’ll take 50 hours). According to the company, its Hybrid Gel Technology allows the CP-B20 to retain more than 90% of its capacity even after 1,000 charges.

The aluminum-bodied Sony CP-B20 USB portable charger will be available in black and will hit stores from mid-August, 2014. It’s priced at S$149.

Considering a power bank, but don't know what are the specs to look out for? Then you've got to check out our power bank buying guide.

Join HWZ's Telegram channel here and catch all the latest tech news!
Our articles may contain affiliate links. If you buy through these links, we may earn a small commission.
Previous Story
Xiaomi teases lighter and faster Redmi Note with 4G, announcement in a few hours
Next Story
SingTel offers free all-day unlimited local mobile data usage on August 9