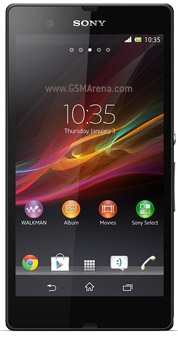 The Sony Xperia Z (Yuga) and the Xperia ZL (Odin) aren't new to rumors and with its 7th January press conference coming up, more information has been filtering in. This time, two official images have made to the surface, with both of them hosted on SonyMobile.com. Both image filenames have shed some light on what they would eventually be named - Z and ZL respectively.

The Sony Xperia Z (Yuga) has previously rumored to come with a "Samsung Exynos 5 Quad chipset (marking a move away from Qualcomm), 3GB of RAM, 16MP camera, and a 5-inch OLED display of 1080p resolution". According to GSMArena, there will be more to this monster of a phone like "128GB of built-in storage, a 3000mAh battery, plus water and dust resistance and an IR port".

Other rumors however, point to a device with a 1.5GHz quad-core Qualcomm Snapdragon S4 Pro processor, 2GB of RAM and Android 4.1 Jelly Bean. More details include a 12-megapixel Exmor Camera sensor and 2400mAh battery. 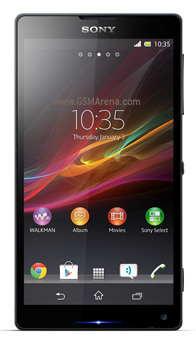 The Xperia ZL (Odin) has been rumored to share very similar specs with Z, albeit with a smaller battery capacity of 2300mAh. While it looks extremely similar to Xperia Z, there are a couple of subtle physical differences. For one, the front-facing camera on Odin is placed in the lower-right corner and it seems to have an extra button on the right profile, pointing to the possibility of a dedicated shutter button.

As for water and dust resistance, both phones are slated for an IP57 certification.

Join HWZ's Telegram channel here and catch all the latest tech news!
Our articles may contain affiliate links. If you buy through these links, we may earn a small commission.
Previous Story
Gear4 Announces New Range of Lightning Accessories for Apple Devices
Next Story
Ambient Lounge Announces Tech Pillow for Mobile Devices