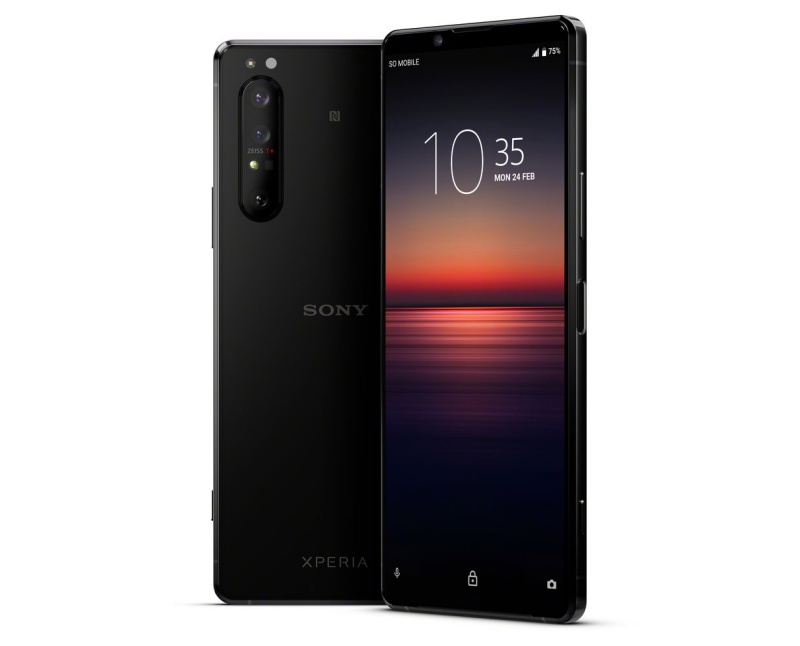 Sony just announced its latest flagship smartphone, the Xperia 1 II which can be officially read as "Xperia 1 Mark ". It is the first Sony phone to support 5G and can connect to sub-6GHz networks.

As its name suggests, the Xperia 1 II comes with several features of its Alpha cameras. Sony claims the Xperia 1 II is the first smartphone in the world to shoot up to 20 frames per second in burst mode. It also runs autofocus and auto tracking calculations 60 times per second. Its eye-tracking autofocus feature now works with pets, and not just humans.

Joining the Cinema Pro app is a new Photo Pro app that has a similar interface to its Alpha range of interchangeable lens cameras. The Photo Pro app is said to be designed to meet the demands of professional photographers with new manual controls and RAW support.

The Xperia 1 II comes with three rear cameras and a 3D iToF (indirect Time-of-Flight) sensor. The three cameras have ZEISS quality lenses calibrated specifically for the Xperia 1 II. The main 24mm f/1.7 camera has a large 1/1.7-inch sensor while the ultra-wide camera has a 16mm f/2.2 sensor. There is also a 70mm f/2.4 telephoto lens. The front shooter is an 8MP f/2.0 camera. The 3D iToF sensor allows for fast, accurate autofocus in any shooting condition.

The Xperia 1 II is expected to ship in Europe from late spring while no release date has been confirmed for the U.S.

Source: Sony via The Verge