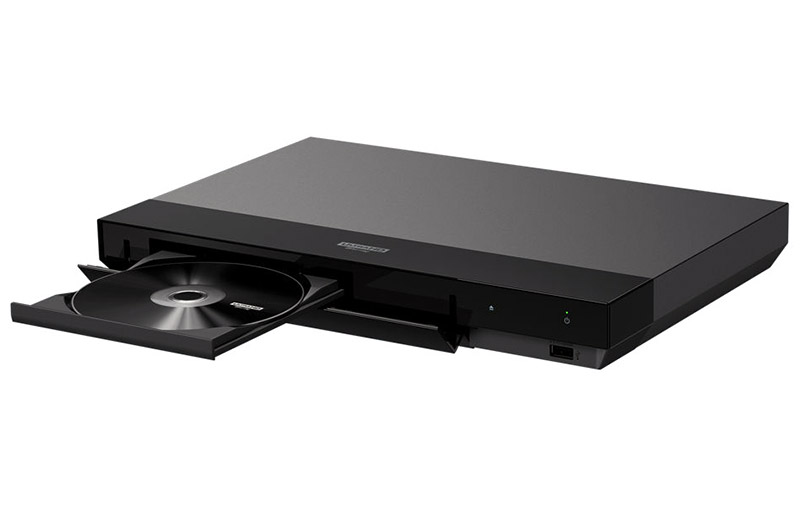 In addition to new 4K OLED and LCD TVs, Sony has also announced the UBP-X700, a 4K UHD Blu-ray player that supports HDR10 and Dolby Vision (the latter after a firmware update in summer 2018), as well as the BT.2020 color space. For users who bought this player but don’t have an HDR-capable TV, the player is able to convert HDR signals to SDR for proper display.

Strong HDR support aside, the X700 also acts as a streaming set-top box (it has built-in Wi-Fi with MIMO), letting you access 4K streaming services such as Netflix and YouTube. It plays nice with a variety of popular video and music formats, including MP4, DSD, FLAC, and even 11.2MHz DSD.

The Sony UBP-X700 will be available in selected Asia Pacific countries from April 2018.

Compatible with HDR10, Dolby Vision, and HLG, with 4K HDR signal passthrough, the STR-HD790 additionally touts easy speaker setup thanks to its Advanced D.C.A.C (Digital Cinema Auto Calibration) automatic speaker setup system. Using the provided plug-in microphone, Advanced D.C.A.C will play a series of test tones to determine the proper speaker levels, based on the detected placement of speakers in relation to the acoustical properties of the room.

In addition, the STR-DH790 is equipped with Bluetooth connectivity for music streaming. It has something called Bluetooth Standby, which enables you to turn the receiver on straight from your paired smartphone or tablet.

The Sony STR-HD790 will be available in selected Asia Pacific countries from May 2018.