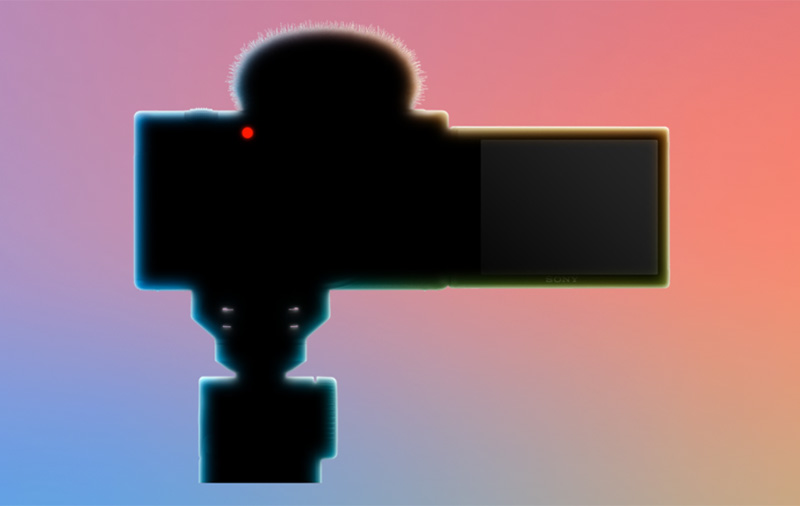 According to a teaser on Sony UK’s website, the Japanese company will be unveiling an 'exciting' compact camera in 6 days’ time — that is, May 26.

While the teaser didn’t reveal anything specific, it’s not hard to see from the silhouette that this is a camera with a flip-out screen.

If you’re into spoilers though, this is likely the rumoured ZV-1, which is said to be an RX100-like video-centric camera designed for vloggers.

According to this leak from one @nokishita_c, the ZV-1 has a 20.1MP, 1-inch-type stacked CMOS sensor and a built-in 24-70mm zoom lens with image stabilisation.

While clearly a capable digital still camera, the ZV-1 is said to target vloggers and content creators with features like 4K movie recording, 3-inch tiling LCD with recording lamp, real-time subject eye detection AF and face priority auto exposure, and even a wrinkle-reducing Soft Skin effect. There are also one-press buttons to help users quickly switch focus between face and object or get a background blur effect when they’re shooting video.

Regarding sound, the ZV-1 is rumoured to come with a wind screen and a directional 3-capsule microphone. Additional inputs can also be done by way of a 3.5mm jack on the body.

Join HWZ's Telegram channel here and catch all the latest tech news!
Our articles may contain affiliate links. If you buy through these links, we may earn a small commission.
Previous Story
M1 and SGInnovate collaboration to help start-ups use 5G in their products and solutions
Next Story
Apple said to be buying older shows for TV+, has 10 million subscribers