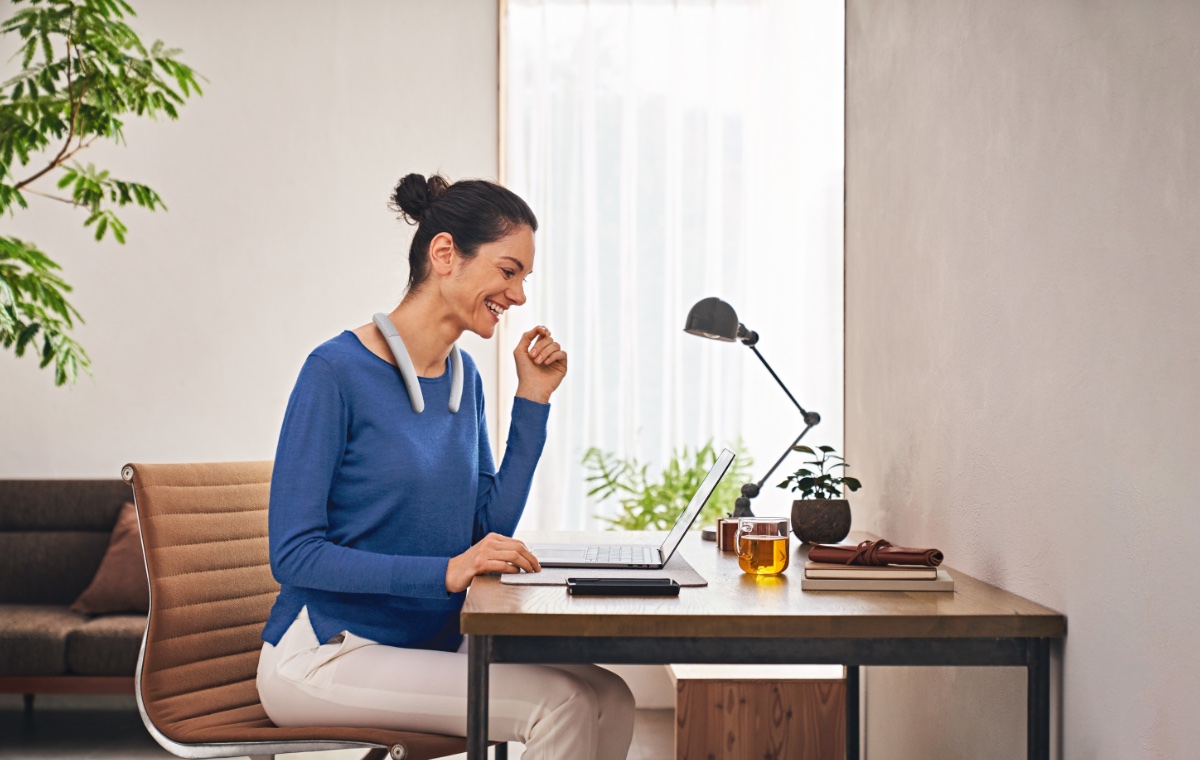 Sony is announcing another around the neck speaker, the SRS-NB10. This joins the previously launched SRS-WS1, and those from Bose, JVC, and Sharp.

But this time around, they’ve taken a different route with the SRS-NB10. Rather than being an entertainment device that streams music and audio, the SRS-NB10 will be sitting around the shoulders the whole day allowing the user to take conference calls or listen to music, all while sitting at a desk or walking around.

Sony says that the SRS-NB10 features a full-range speaker unit that is angled upwards, so the sound is optimised for the user alone and can be clearly heard at low volumes, while not distracting for colleagues, roommates, or family also in the room. Not having tried this yet, we can’t say for sure how effective it is, but previous models tried haven’t been very private and can be heard by others in the vicinity.

When used to transmit the user's voice, Sony has included what they call Precise Voice Pickup Technology along with two high-quality directional (beamforming) microphones, combined with advanced audio signal processing delivers clear voice quality when on a call. 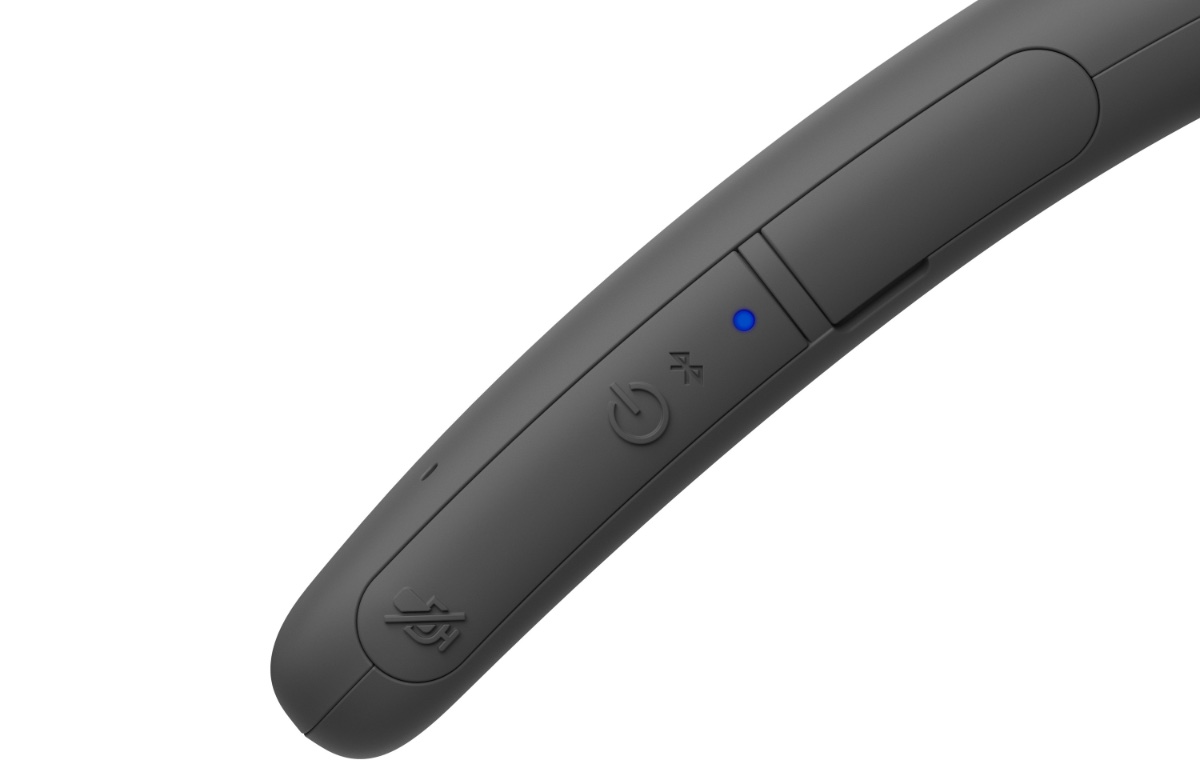 The SRS-NB10 also features Multipoint Connection allowing it to connect to two devices and swap in-between with a touch of a single button. Other controls include a MIC Mute button, volume and music play and pause.

Sony claims up to 20 hours of battery life with a quick 10-minute charge with USB Type-C cable giving you up to an hour of extra work or play. It is also IPX4 rated and comes in either charcoal grey or white. 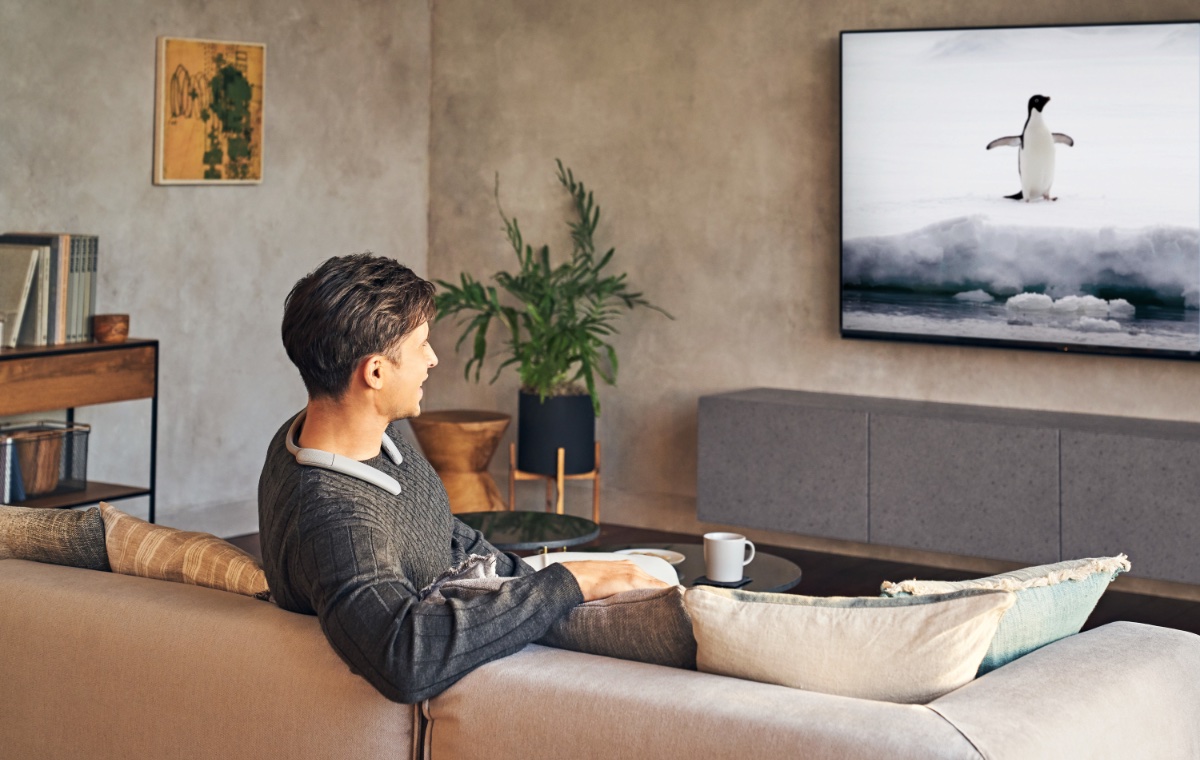 The SRS-NB10 is now available in Singapore for S$199 at all Sony Stores and Sony Store Online.

Join HWZ's Telegram channel here and catch all the latest tech news!
Our articles may contain affiliate links. If you buy through these links, we may earn a small commission.
Previous Story
Samsung launches Exynos 2200 processor for mobile devices
Next Story
Samsung Galaxy S22+ leaks reveal design and some specs