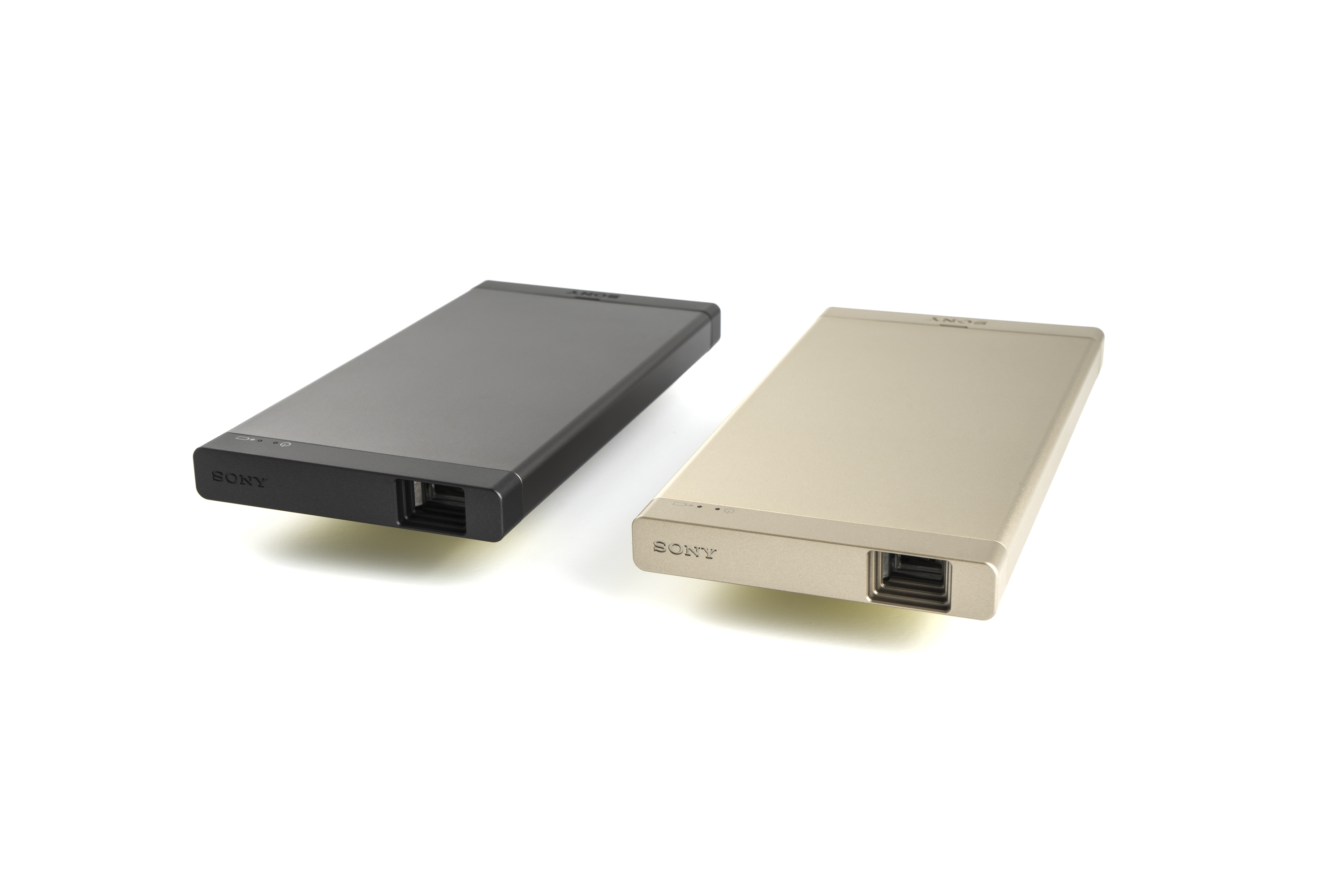 Sony introduced a refreshed version of their mobile short-throw projector – the MP-CL1A. The HD (720p) projector, approximately the size of a power bank, succeeds the old MP-CL1 with a new color option and, support for Bluetooth audio output, a new kickstand, and a new carrying pouch.

Besides its original Grey, you can get the MP-CL1A in Gold. Each mobile projector weighs merely 210g and measures just 77 x 149.5 x 13mm. Despite its size, it can project videos and presentations up to 120-inches, from a distance of 3.45m (for a 40-inch projection, it requires a short distance of 1.15m). It uses a 16:9 aspect ratio (1,920 x 720 pixels resolution). To achieve its projection capabilities in a small package, the MP-CL1A uses Sony’s proprietary Laser Beam Scanning technology. Sony also made sure you can do basic keystone correction on the device, too.

As a portable projection device, the MP-CL1A supports typical portable sources such as laptops. With HDMI support, it supports Blu-ray players and game consoles. The MP-CL1A uses MHL (mobile high-definition link) to support smartphone and tablet connectivity. It allows Screen Mirroring from mobile devices, with the help of its built-in Wi-Fi connectivity.

Finally, it packs a USB cable for its 3,400mAh battery. The mobile projector can double as a charger for your other mobile devices via its USB port.

The MP-CL1A mobile projector will be available in both colors at Sony Stores, Sony Centers, and selected Sony authorized dealers in Singapore, from October 2016. Prices have yet to be announced by Sony.