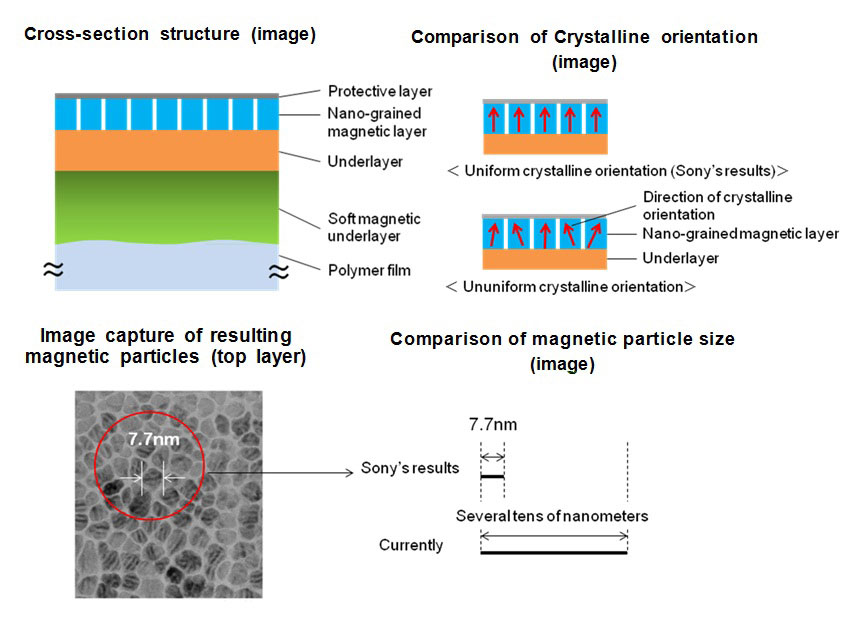 Argon ions are shot onto polymer film to produce layers of extremely fine particles in a uniform pattern which allows them to pack the crystals tighter together, increasing the recording density of each layer. Sony is now able to create a nano-grained magnetic layer with fine magnetic particles that have an average size of 7.7nm, and when the magnetic tape created using this technology was evaluated, the new media was shown to achieve the world's highest areal recording density of 148 Gb/in2, equivalent to approximately 74 times the capacity of conventional coated tape media. (When converted to one LTO-6 cartridge, this equates to 185TB, or 74 times more data than conventional magnetic tape media!)

Sony says it will continue to work on commercializing this next-generation technology, while refining the sputter deposition method to further increase recording densities.

Join HWZ's Telegram channel here and catch all the latest tech news!
Our articles may contain affiliate links. If you buy through these links, we may earn a small commission.
Previous Story
Samsung to Unveil Galaxy S5 Prime in June?
Next Story
Jury Orders Samsung to Pay Apple US$119.6 Million in Infringement Case (Updated)