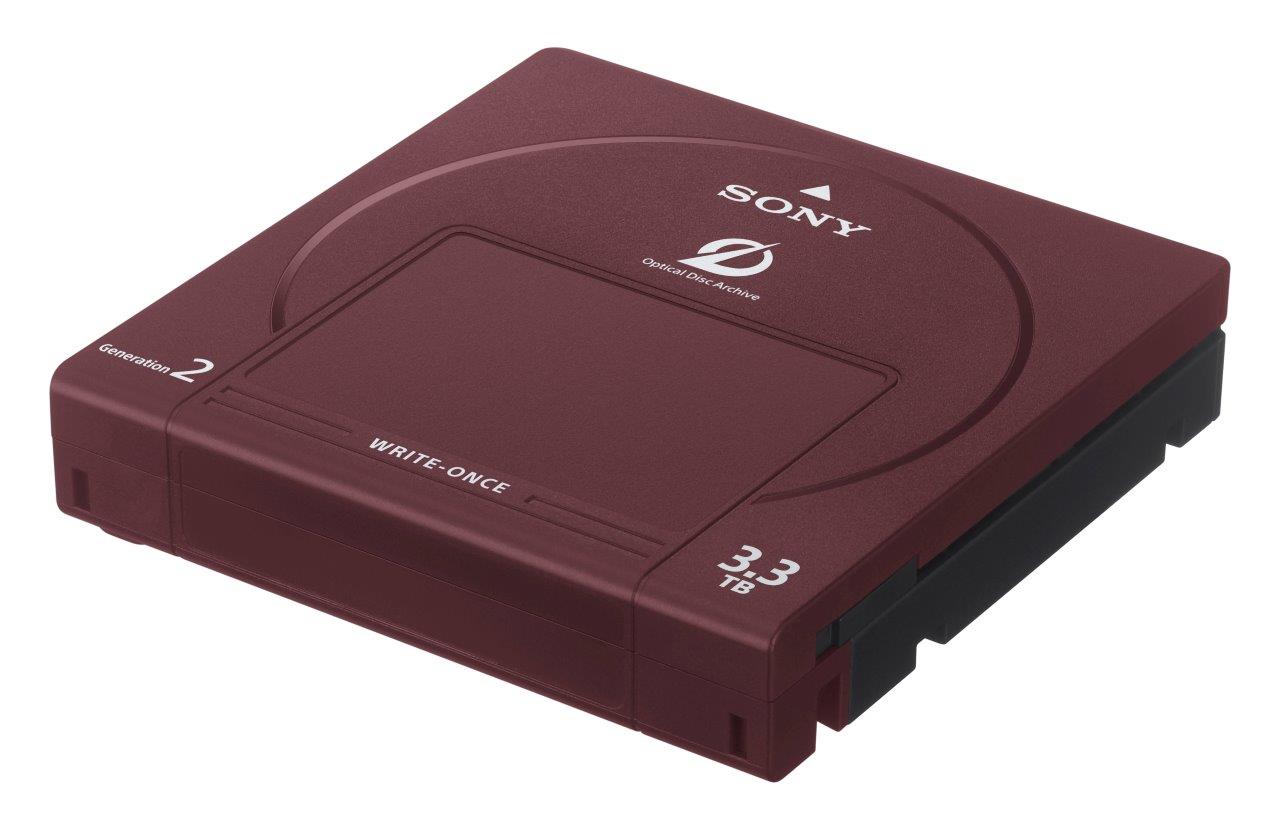 The Optical Disc Archive by Sony is an archival storage technology by the Japanese electronics company. It uses the optical disc format (CDs and DVDs use this format too) to store large amounts of data, and the first generation of Sony’s Optical Disc Archive is designed to remain readable for at least 50 years.

The first version of Sony’s Optical Disc Archive was launched in 2013, and they saw six iterations between 300GB to 1.5TB. The first generation wave also went from single-slot stand-alone drives to drives with 101 slots. The latest second generation Optical Disc Archive System has a huge jump in many aspects – not only does it now store data up to a 100 years, it comes with a capacity of 3.3TB. It also has double the read/write speeds of the previous generation.

The Optical Disc Archive Generation 2 comprises of a few main components, such as its stand-alone USB Drive Unit (ODS-D280U), an 8GB fibre channel library drive unit (ODS-D280F) for use in robotic systems, and the Optical Disc Archive media cartridge (ODC3300R). These components are designed to be scalable and modular, according to Yanai Shunsuke, Manager of Corporate & Professional Marketing Department at Sony Electronics.

“It can scale from a table top drive accepting a single cartridge at a time up to a library that supports petabytes of data. This technology crosses a number of markets and applications, and can be tailored to meet the unique requirements of individual organizations,” said Yanai.

According to Sony, 42 companies have announced their support and have created interfaces for Optical Disc Archive. Currently, broadcasting companies such as KBS (who produced the widely popular Korean interpretation of Boys Over Flowers) are planning to adopt the Sony Optical Disc Archive Generation 2 into their operations.

Join HWZ's Telegram channel here and catch all the latest tech news!
Our articles may contain affiliate links. If you buy through these links, we may earn a small commission.
Previous Story
Photographers: Join the first ever Magnum Photography Awards
Next Story
The 13.3-inch ASUS ZenBook Flip UX360 convertible laptop is now available in Singapore!