Sony's Reon Pocket is an air-conditioner you can wear

Sony's Reon Pocket is an air-conditioner you can wear 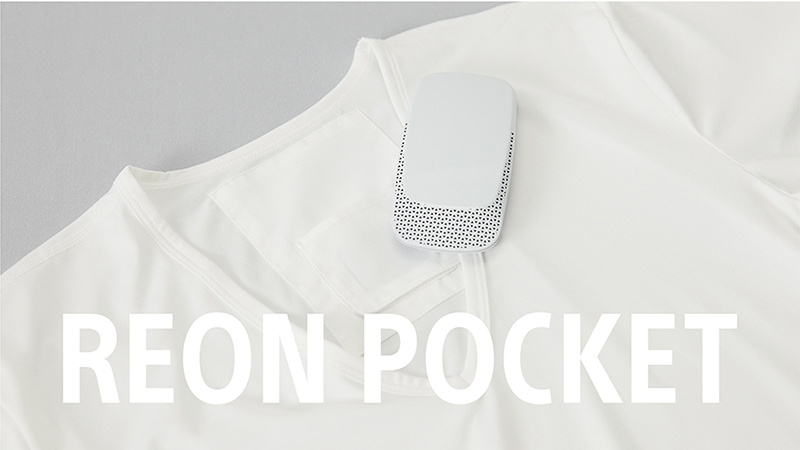 We may not be in the grips of a heat wave like most of Europe, but that could be mostly because living in the tropics feels like living in a perpetual oven anyway. We've all wished for air-conditioning outdoors, and Sony may have just come up with the next best thing. The Reon Pocket is a small cooling device that functions somewhat like a portable air-conditioner, and it'll fit into the back pocket on a specially designed t-shirt.

It looks like it'll work just fine under a stuffy business suit, which might just turn out to be a godsend on a hot day.

It was launched on Sony's First Flight crowdfunding website, a platform originally conceived to allow Sony employees to bring their pet projects to fruition. Unfortunately, the Reon Pocket isn't expected to see the light of day until March 2020, and it's only for Japan, so you'll probably only be able to admire it as a cool concept from afar.

However, the Reon Pocket doesn't actually "condition" the air. It uses the Peltier effect, where heat is given out or absorbed when you pass an electrical current across the junction between two materials. You can control it using a companion app, and it can reportedly cool you by up to 13°C or provide 8°C of warming. Sonly also hopes to provide an automatic mode in the future.

That said, battery life looks to be slightly lackluster. It's supposedly less than two hours, so you're not looking at a full-day portable air-conditioner here. Instead, the Reon Pocket might be better used for quick jaunts out for lunch.

There have been previous attempts to provide portable cooling, such as with the Embr Wave, a watch-like device that helps you stay chilly by cooling the skin on your wrist.

Sony is asking for ¥12,760 for the Reon Pocket, or around S$161. At the time of writing though, the project has already been fully funded.

Join HWZ's Telegram channel here and catch all the latest tech news!
Our articles may contain affiliate links. If you buy through these links, we may earn a small commission.
Previous Story
Help Unicron become the largest Transformer toy ever
Next Story
Samsung is releasing a BLACKPINK themed Galaxy phone, watch and earbuds