Sony mobile will only focus its efforts in these four markets

Sony will only focus its mobile efforts in these four markets 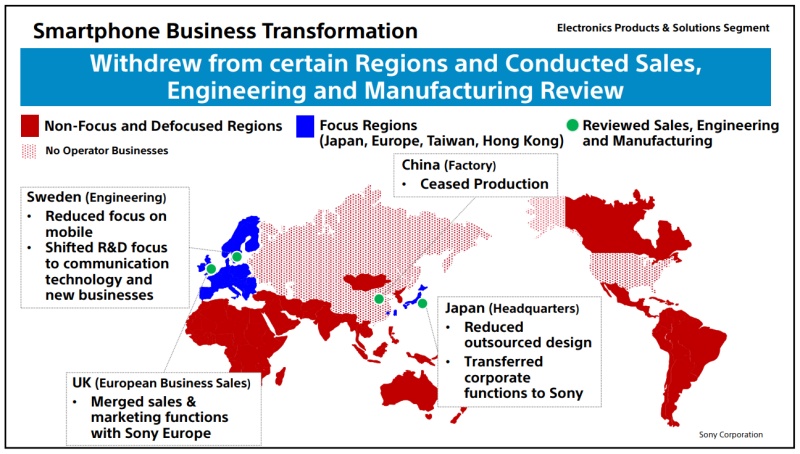 Sony held its corporate strategy day yesterday where it revealed medium-term plans for the business such as cutting operating costs by 50% and leveraging its reorganization under the Electronics Products & Solutions Segment to increase appeal for the Xperia phones. More importantly, Sony officially confirmed the markets which it will be focusing on and which regions are "defocused".

Sony's withdrawal from these "non-focus and defocused regions" likely contributed to its lowest quarterly shipments of 1.1 million this year. The company reportedly cut its smartphone workforce by 50% and closed a smartphone plant in China to reduce costs.