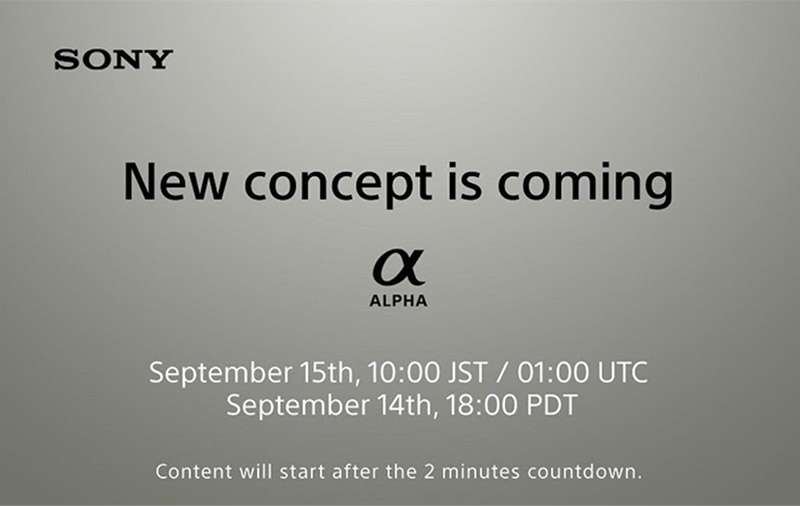 Three months after the vlog-focused ZV-1 compact camera, Sony is ready to unveil another ‘new concept’.

According to the Sony Camera Channel page on YouTube, the new camera will premier next Tuesday, Sep 15 at 10 AM Japan time — which is the same day but 9 AM here in Singapore.

It’s unclear what kind of camera Sony is preparing to unveil, but based on the Alpha logo on the page, it’s almost certain that this will be a mirrorless camera.

If you’re into rumours though, according to SonyAlphaRumors.com, this is going to be the A7c. An entry-level, 24MP full-frame camera, it’s said to be only a tad bigger than the A6600, supports 4K video recording and features a vari-angle screen.