Note: This article was first published on 8 November 2022 and was updated on 10 November 2022 with our first impressions and new promo details 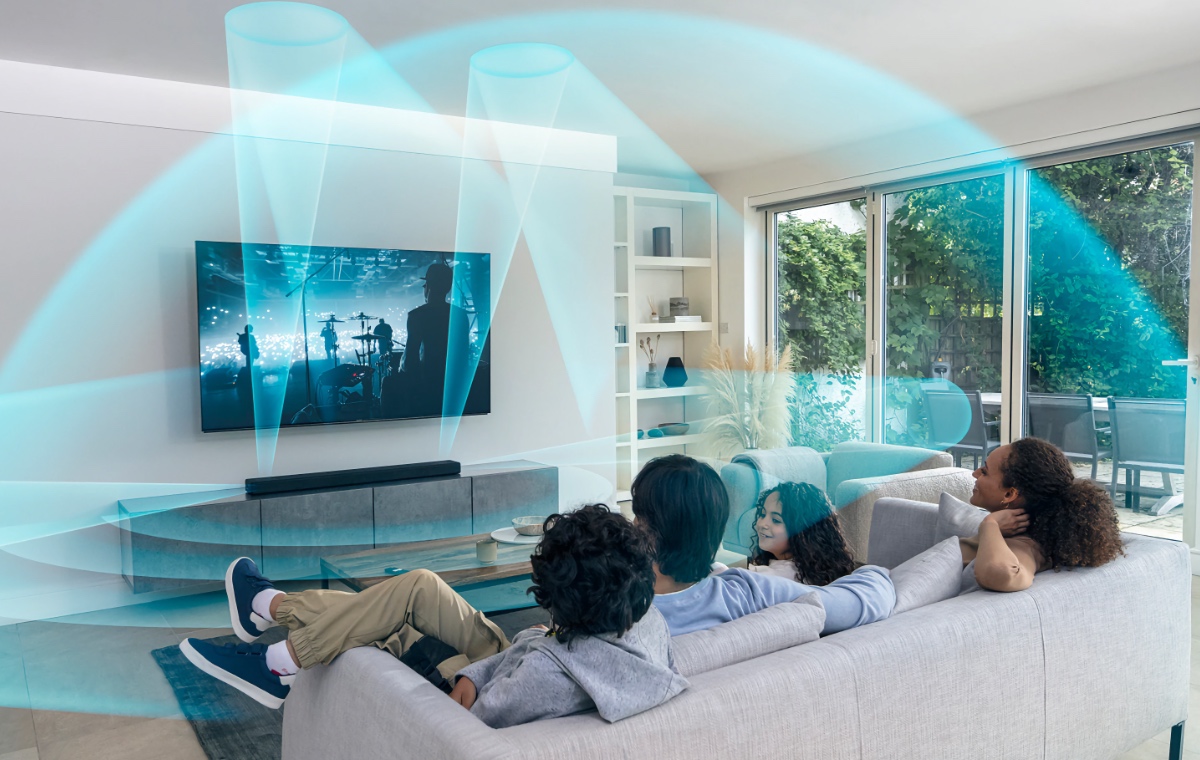 Last year, Sony introduced a high-end soundbar called the HT-A7000 which has nine directional drivers and a built-in subwoofer. Today, they are introducing two more affordable alternatives called the HT-A5000 and HT-A3000.

The HT-A5000 is a Dolby Atmos and DTS:X-capable 5.1.2 soundbar with two up-firing speakers for overhead sound, two beam tweeters, three front speakers, and a built-in subwoofer.

Technologies such as Vertical Surround Engine and S-Force Pro Front Surround help create a cocoon of sound and an authentic Dolby Atmos and DTS:X experience.

According to Sony, Vertical Surround Engine positions sound more accurate in vertical space while S-Force Pro Front Surround can create the impression that sound is coming at you from the sides.

Sony recommends using a pair of rear speakers to enhance the HT-A5000's performance but that's entirely optional. The HT-A5000 can work as a standalone speaker.

Like the pricier HT-A7000, the HT-A5000 has built-in sound field optimisation. Using its built-in microphones, it can measure the environment and calibrate its output to give the best experience.

In terms of ports, the HT-A5000 has an HDMI input, an HDMI output (eARC/ARC), optical audio in (TOSLINK), a USB port, and an S-Centre output for compatible Bravia TVs.

The HT-A5000 also supports Wi-Fi streaming for music and works with Spotify Connect and Apple AirPlay 2. It also supports Chromecast.

Like the other speakers in the HT-A range, the 3.1 HT-A3000 supports Dolby Atmos and DTS:X. However, it features considerably fewer speakers than the pricier HT-A7000 and HT-A5000.

The upside is that the HT-A3000 is significantly more compact. It's under a metre in width and just a smidge over 6cm tall. Despite these dimensions, it's still not as compact as the industry's current top compact soundbar, the Creative SXFI Carrier at just 880mm in width.

The HT-A3000 features three front speakers and a built-in dual subwoofer. To get the best out of these speakers, it also features Vertical Surround Engine and S-Force Pro Front Surround.

The HT-A3000 can be paired with rear speakers and standalone subwoofers for an even better experience.

In terms of ports, the HT-A3000 has an HDMI out (eARC/ARC), an optical audio in (TOSLINK), a USB port, and an S-Centre output for compatible Bravia TVs.

Like its pricier siblings, the HT-A3000 also supports Wi-Fi streaming for music and works with Spotify Connect and Apple AirPlay 2. It also supports Chromecast. 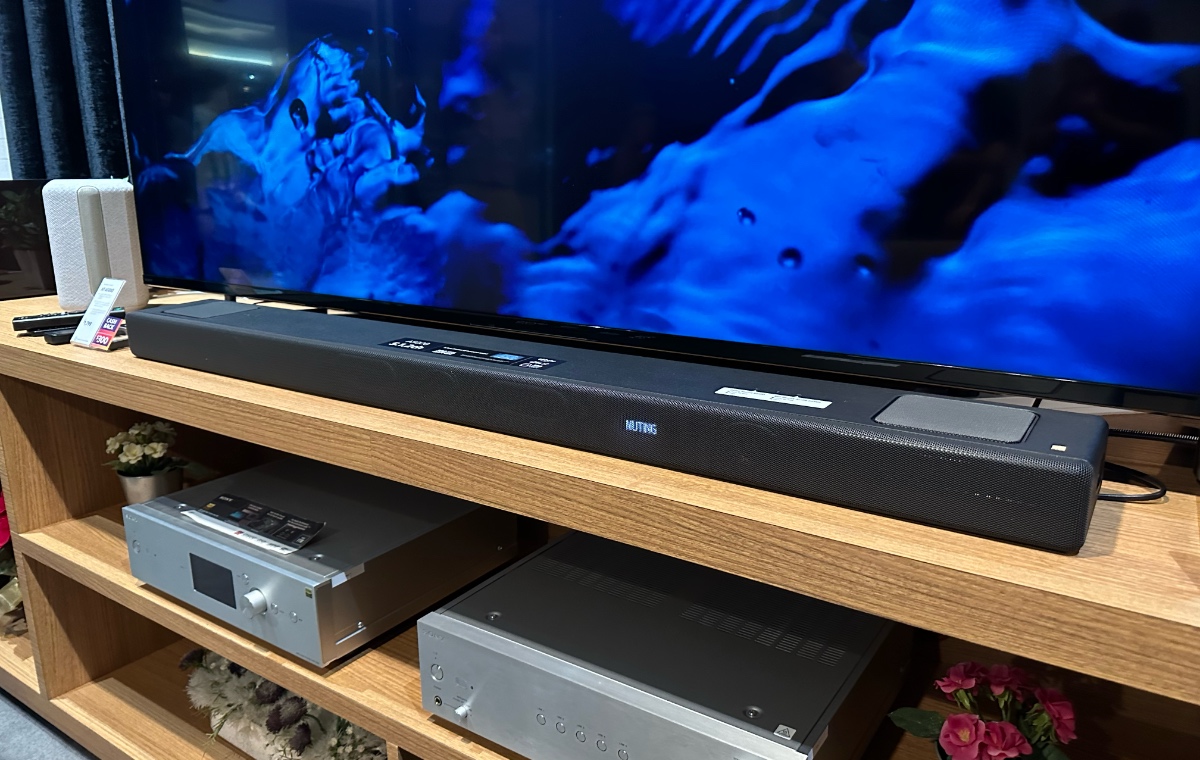 We recently had the opportunity to experience the HT-A5000 and HT-A3000. Let's touch on design and size first. These soundbars are substantially smaller than the HT-A7000. The HT-A5000 should fit under most TVs easily. For readers who are tight on space, the HT-A3000 is even more compact since it's under a metre in width. In terms of aesthetics, there's not much to say other than they look clean and shouldn't look out of place in most homes.

Sony demonstrated the soundbars by pairing them up with subwoofers and rear speakers. The HT-A5000 was complemented by the SA-SW5 and SA-RS5, while the HT-A3000 was aided by the SA-SW3 and SA-RS3S. Needless to say, they sounded impressive in such a configuration. Even the smaller HT-A3000 sounded, for lack of a better word, "cinematic." That said, it was obvious that the larger and pricier HT-A5000 projected a more enveloping sound stage. Vertical sound placement, in particular, was considerably clearer.

I then asked Sony if they could disconnect the subwoofer and rear speakers so that I could hear the soundbars on their own. The HT-A5000 continued to impress. The soundstage remained wide and dialogue remained clear. However, there's considerably less rumble since there's no longer a large dedicated subwoofer to handle low-frequency duties. That said, I don't feel that users will be missing out on too much without the subwoofer. I'd be perfectly happy listening to the HT-A5000 alone.

The HT-A3000 was less impressive. The horizontal sound stage remained wide but the vertical placement of sound was harder to make out. This is to be expected since it doesn't have upward-firing speakers. That said, it still sounded authoritative and clear. It should suffice for users who are looking for an upgrade over their TV's built-in speakers.

You can find them at Sony Stores and online at the Sony Flagship Store on Lazada and the Sony Store Online on Shopee.

You can find also them at authorised dealers like Best Denki, Courts, Gain City, and Harvey Norman.

If you purchase the HT-A5000 with either subwoofer, you'll also get a free pair of SA-RS3S rear speakers worth S$459. Customers will then have the option to upgrade the free SA-RS3S speakers to the SA-RS5 speakers (which has 3 channels) for an additional S$299.

Join HWZ's Telegram channel here and catch all the latest tech news!
Our articles may contain affiliate links. If you buy through these links, we may earn a small commission.
Previous Story
Seagate is rolling out three 2TB Black Panther HDDs themed after T'Challa, Okoye and Shuri
Next Story
The U.S court of law has once again dismissed Riot Games' lawsuit against Moonton