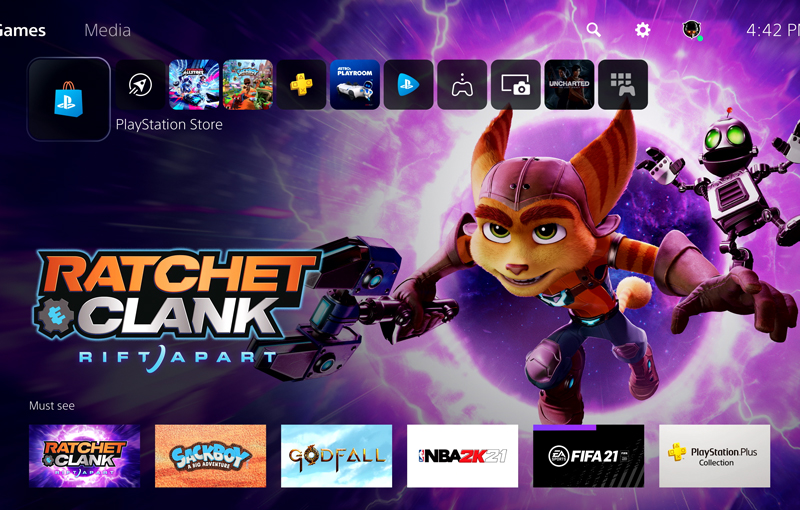 We’re just a month away now!

Sony has dropped a new State of Play video that details the PlayStation 5’s next-generation user interface and its new features. The video also shows off new gameplay for two upcoming PlayStation 5 launch titles: Sackboy: A Big Adventure and Destruction All Stars.

Right off the bat, this is a pretty big departure from the PlayStation 4's UI. When players press the PlayStation button on the DualSense controller, a new Control Center will pop up, providing, “immediate access to almost everything you need from the system,” without suspending or leaving the game.

There’s also a new Activities feature, which is meant to give players key information about the games they’re playing. You’ll find Activities via on-screen cards in the Control Center, telling you where certain collectibles are and how much time it might take to complete a level. Other cards even let you jump into another level immediately, without going back to an in-game menu. PlayStation Plus subscribers exclusively get the new Game Help feature, which lets you access walkthroughs and in-game guides. 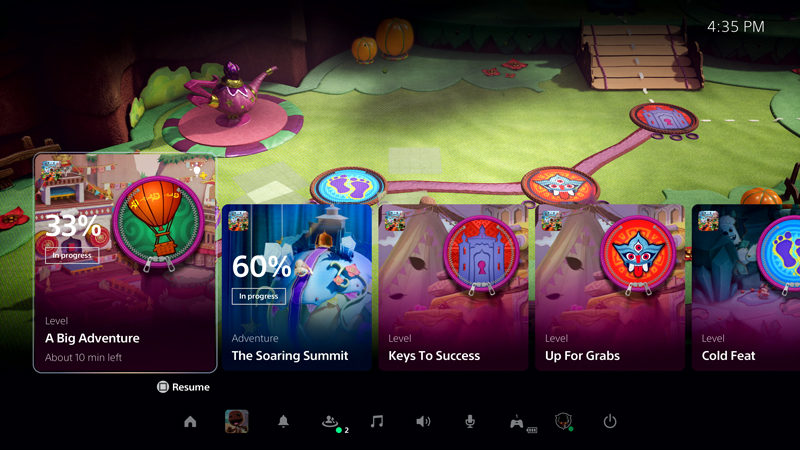 It’s worth noting that the UI, including the Control Center runs in 4K HDR, and the PlayStation 5 is capable of capturing 4K screenshots and videos. When players send game screenshots to others, game developers even have the option of marking them with a spoiler warning - just in case some rabid fan is trying to spoil your favourite game. It’s also implied (but not explicitly confirmed) that parties are permanent chat rooms à la Discord’s now. By using the Control Center, you can create new parties or examine your current ones while a game runs in the background.

A lot of these new features are bolstered by picture-in-picture capabilities. You can look up a video walkthrough of a game while playing said game. You can watch a friend play their game in a small window, while you play yours. The possibilities in multiplayer games are endless. Typing has always been an awkward affair on a controller, but the DualSense’s built-in microphone lets you convert text to speech without plugging in a headset. 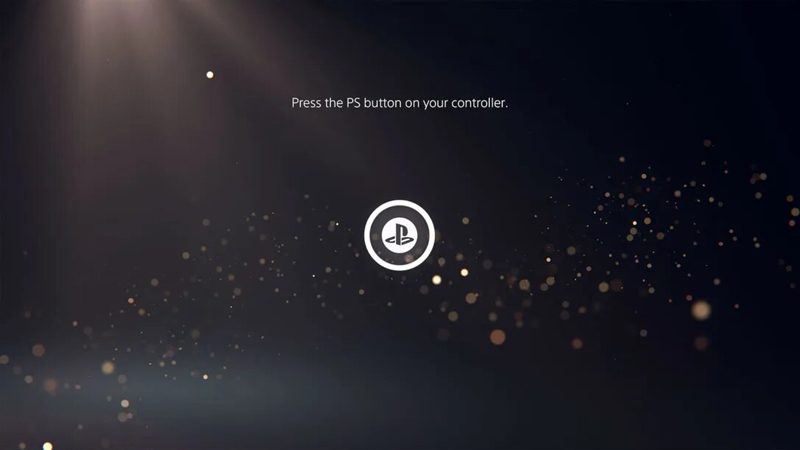 The PlayStation 5’s dashboard is fairly similar to the PlayStation 4’s - with smaller game icons. You can still scroll through your games horizontally, and press down to see news and information on each individual game. The biggest (and best) change is that the PlayStation Store is now fully integrated in the system’s UI, and no longer its own separate app. That means you won’t have to deal with horrible load times in the store anymore!

The PlayStation 5 will launch in Singapore on November 19, 2020. Find pricing and availability details here.

Join HWZ's Telegram channel here and catch all the latest tech news!
Our articles may contain affiliate links. If you buy through these links, we may earn a small commission.
Previous Story
Pre-orders for the Stadia version of Cyberpunk 2077 have begun
Next Story
Sega's 60th Anniversary mashup of Yakuza and Streets of Rage 2 stars Kiryu and Majima