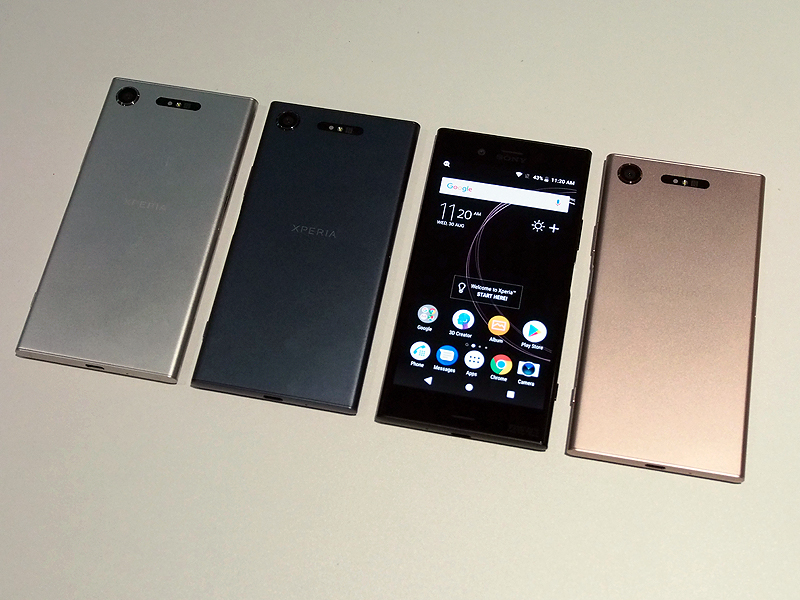 Sony Mobile is putting out two more flagship smartphones to compete with its rivals that are active at this time of the year. The Xperia XZ1 and Xperia XZ1 Compact phones offer flagship features and hardware, along with a 3D scanning ecosystem that’s new to Sony’s portfolio. 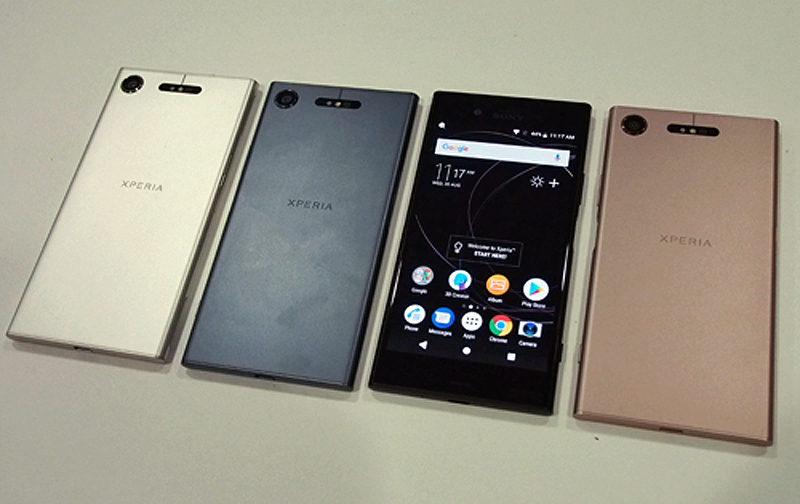 The Sony Xperia XZ1 is positioned as their premium flagship device, just below the Xperia XZ Premium (that’s Sony’s ultimate flagship range). It has a Qualcomm Snapdragon 835 chipset, and it will ship with Android 8.0 OS (Oreo) out of the box. It shares some key features with the XZ Premium. There’s the memory-stacked Exmor RS image sensor for its rear shooter, along with Motion Eye’s 960FPS video recording for slow-motion segments, and Predictive Capture for catching the best shot a second before you hit your shutter button. The latter now comes with smile detection, making it easier to find the best smile out of four possible options. For regular shooting, it’s now upgraded with autofocus that tracks the subject while in burst mode (10FPS, up to 100 shots in a single burst). At the front, you’ll get a 12-megapixel front camera with a 1/3-inch sensor and display flash for better-lit selfies, even at night. 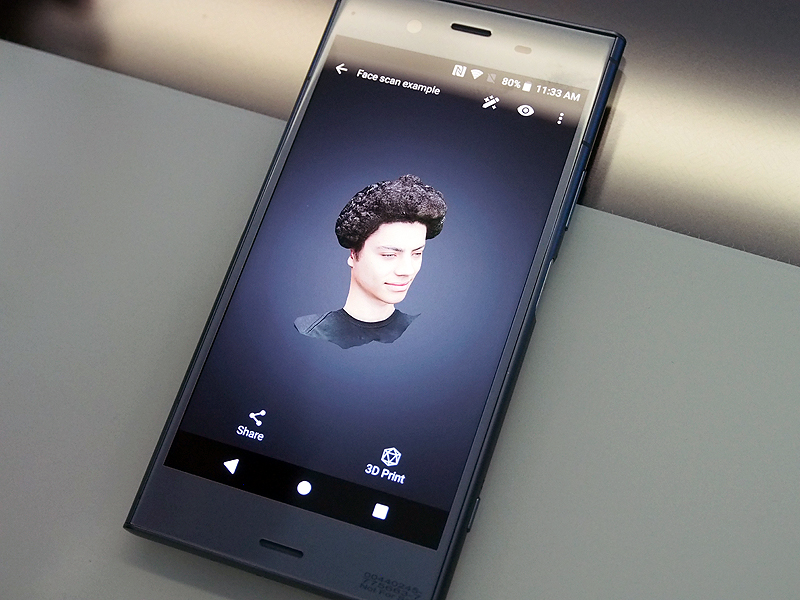 What’s new to the Xperia range is the XZ1’s 3D scanning functionality and the host of features it complements. With Sony’s 3D Creator app, you can use your surroundings to create replica 3D models of objects and heads (of people) on your Xperia XZ1 smartphone. It currently offers four Scan modes – Face Scan (where it only scans the visage of a person, up to 180°), Head Scan (for the whole head in 360°), Food Scan (because why not) and Freeform Scan (ideal for figurine-sized objects, with maximum dimensions capping off at a puppy). The scanned models are recorded as an .OBJ file in Sony’s proprietary 3D Gallery and Editor app. Users can create content with these scanned images. They could create an AR-based video at HD resolution (720p) with the scans or share it for interaction on social media (Sony hosts the .OBJ file and viewers can see the hosted scan by clicking the shared post’s URL). They could also 3D print the model themselves, or send it to a professional to get it done (to that end, Sony has partnered with Shapeways and Sculpteo to 3D-print and deliver the figurines). 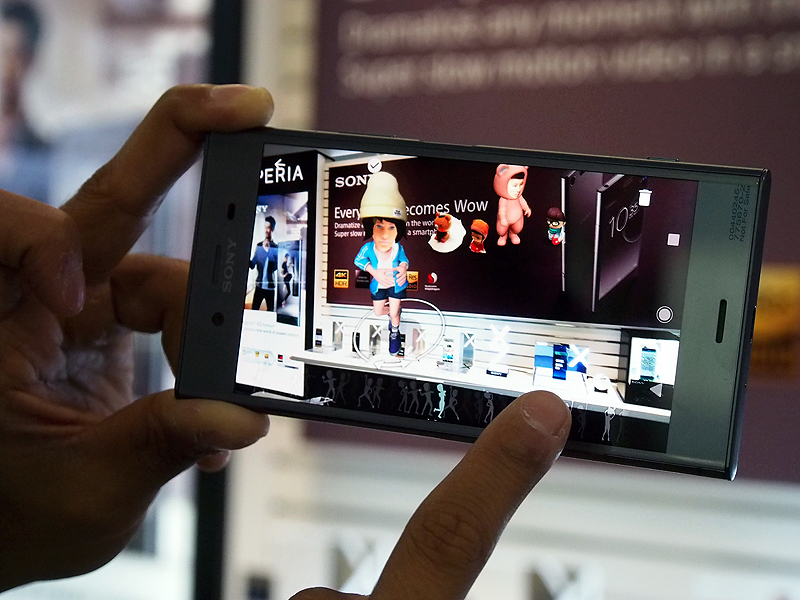 There’s a host of softer improvements and highlights to complete the flagship experience on the XZ1. Qualcomm’s AptX HD codec joins the panel of Hi-Res Audio solutions that Sony proudly touts, and the dual front facing speakers gives the device up to 50% more sound pressure (louder) than the Xperia XZ.  The phone is crafted out of a single block of metal, and Sony has incorporated dynamic antenna lines that reconcile its effectiveness every time you orientate your Xperia XZ1 from landscape to portrait and vice versa.

Xperia XZ1 specifications at a glance: 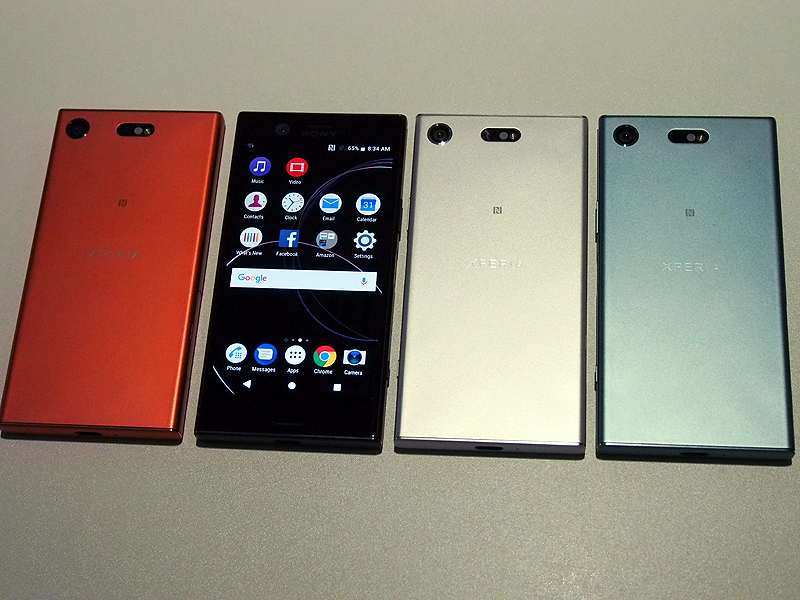 The compact flagship model is none other than the Sony Xperia XZ1 Compact, which features the same Snapdragon 835 chipset in a smaller body with a smaller 4.6-inch HD display (1,280 x 720 pixels resolution). The XZ1 Compact shares the same 3D scanning technology and ecosystem found on the XZ1, and it also has Motion Eye and the enhanced Predictive Capture complementing its identical memory-stacked sensor on the back camera.

The key differences between the XZ1 Compact are that it uses a USB 2.0 port, smaller internal storage at 32GB, non-HDR display, and a single SIM card configuration. The front camera is also at 8-megapixels instead. Beyond these points, the Xperia XZ1 Compact upholds its positioning as a flagship for phone users who love a compact size.

Both new flagship devices have an expected availability date in October 2017. Exact pricing and color availability will be disclosed at a later date, and we will update as necessary.

Join HWZ's Telegram channel here and catch all the latest tech news!
Our articles may contain affiliate links. If you buy through these links, we may earn a small commission.
Previous Story
Enterprise desktops from Dell, HP, and Lenovo are shipping soon with AMD’s Ryzen Pro processors
Next Story
Olympus announces the new E-M10 Mark III with 4K video recording and 121 AF points