This article was first published on 24th May 2016.
Update (25th May 2016): now with official pricing and availability.

Sony’s latest Home Cinema System – the Sony HT-RT3 – is their latest iteration of a fuss-free 5.1 surround sound bar with Bluetooth support. It’s designed to be powerful, yet simple to configure.

The Sony HT-RT3 has five speaker channels, made up of a three-channel sound bar, two rear speakers, and an external subwoofer. This configuration provides genuine 5.1 surround sound across a wide frequency range.

While the sound bar is rather powerful with its 600W total output, the HT-RT3 is easy to set up. After wiring all the relevant components together using its color-coded connections, it’s a simple matter of plugging a HDMI cable from the HT-RT3 to your television set. The HT-RT3 uses a proprietary S-Master Digital Amplifier to minimize distortion, which maximizes that home-cinema audio experience. 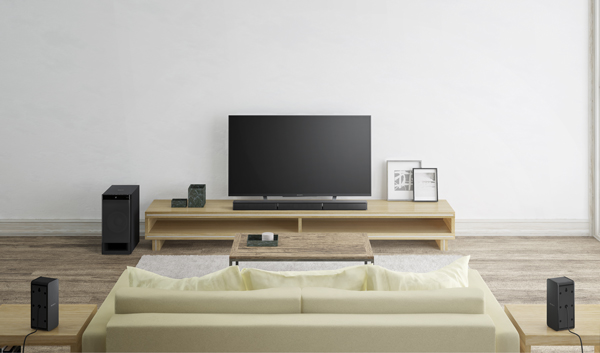 Update (25th May 2016): The Sony HT-RT3 will retail from July 2016 at a recommended retail price of S$599. It will be available at all Sony Stores, Sony Centres, and selected Sony authorized dealers.

Join HWZ's Telegram channel here and catch all the latest tech news!
Our articles may contain affiliate links. If you buy through these links, we may earn a small commission.
Previous Story
The Pebble Core is a fresh take on wearables for runners and hackers
Next Story
The Aftershock Ultracore is the ultimate boutique gaming PC with custom liquid cooling