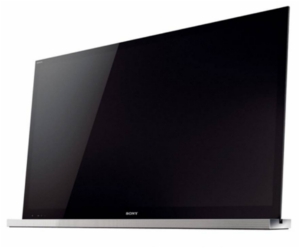 Sony’s new BRAVIA HDTV lineup redefines the television category for consumers, delivering new sets that actively engage viewers by building on its broad line of innovative 3D and Internet-connected TVs. The 2011 BRAVIA LCD HDTV line for South East Asia features 11 new 3D-capable and 20 Internet-connected models. In all, there are 26 new BRAVIATM models in the 2011 lineup.

Sony continues its evolution in connectedness with new BRAVIA models that feature seamless Internet connectivity. This provides access to free and premium movies, video and music services through the BRAVIA Internet Video platform, including YouTube. Social media enthusiasts can also look forward to the latest BRAVIA Internet Widgets that include Facebook and Twitter. Users can stay connected to their friends simply by downloading personal widgets to the TV, enjoying real-time updates from these sites without having their TV viewing interrupted.

In 2010, Sony established itself as the industry leader in 3D entertainment across hardware, software, and content platforms. 2011 begins the next phase of Sony’s 3D strategy to make 3D more personal, enabling consumers to shoot, play and share their user-generated 3D content wherever they go. 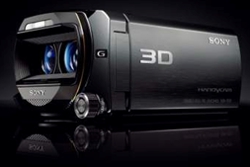 Similar to the 3D Handycam, the Bloggie 3D utilises two lenses in its portable and affordable design. Its 3D video and photos can be viewed on its own 2.4-inch 3D LCD screen without glasses, or with glasses on any 3D-capable television via HDMI connection. 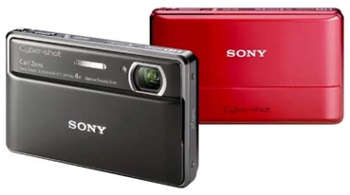 Built with Blu-ray drives, the new VAIO F creates the ideal bridge between HD playback and the creation of consumers’ own HD world, allowing them to manage, edit and share personal HD content, while preserving their digital memories.

At home or on the go, Sony’s new technologies and products for 2011 promise to deliver entertaining and enriching experiences as unique and differentiated as each consumer. Connected products provide users the power to view, share and even create content like never before – with technology making a practical and personal connection with customers. Sony delivers on the make.believe promise, empowering consumers to believe that anything they can imagine, they can make real.

Join HWZ's Telegram channel here and catch all the latest tech news!
Our articles may contain affiliate links. If you buy through these links, we may earn a small commission.
Previous Story
Cybercriminals Target Twitter with Rogue Anti-Virus Scam
Next Story
Courts Offers the Jambox Intelligent Wireless Speaker and Speakerphone