Last September, Sony unveiled its 84-inch 4K Ultra HD (UHD) TV, which we went on to test earlier this year. Known as the Bravia KD–84X9000 locally, it’s a stunning display for sure - but at S$36,000, it’s not for the average ‘salaryman’. Perhaps Sony understands this, and so during CES in January, it showed off two more 4K UHDTVs with smaller screen sizes (55 and 65 inches).

And just hours ago at its NAB press conference in Las Vegas, the company has given us the pricing for these smaller 4K UHD models. The Bravia XBR-55X900A and XBR-65X900A (likely to be called KD-55X9000 and KD-65X9000 here) have a price tag of US$4,999 and US$6,999 respectively. Both are available for order online, and will go on sale in the U.S. starting April 21, which is about two weeks from now. At the moment, there's no word on local pricing and availability; we will keep you posted once we hear from Sony Singapore.

Now, one of the major arguments leveled against 4K TVs is the lack of content in the market, thus making the super-high resolution screens redundant. So Sony is doing its part on the content side of things by announcing the FMP-X1 4K media player and a video distribution service. The former will go on sale this summer in the U.S. for US$699, and it comes bundled with 10 feature films (with titles such as The Karate Kid (2010), Salt, The Amazing Spider-Man, Total Recall (2012)) and video shorts in 4K resolution. And in the fall, FMP-X1 users will be able to access a subscription-based video distribution service that offers 4K titles from Sony Pictures Entertainment and other production houses. 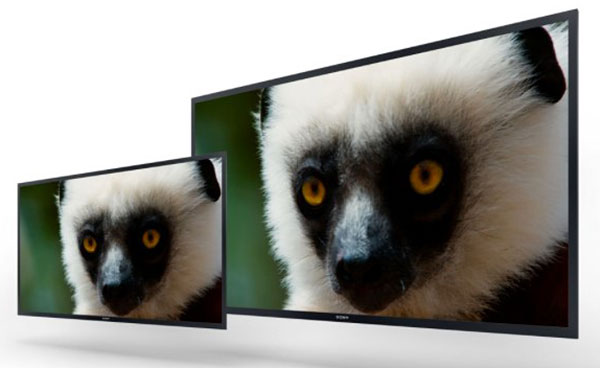 Join HWZ's Telegram channel here and catch all the latest tech news!
Our articles may contain affiliate links. If you buy through these links, we may earn a small commission.
Previous Story
Intel Ships Next Generation 'Haswell' CPUs to PC Manufacturers
Next Story
3 Gbps Internet from a Ceiling Lamp