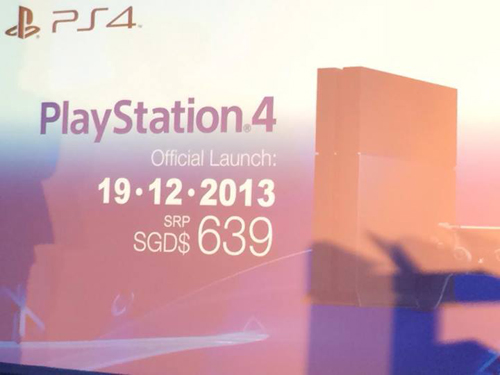 The price for the PlayStation 4 in the US market had previously been revealed to be US$399. Using currency conversion the same amount in Singapore dollars roughly amounts to $500. There are many reason to pick the PlayStation 4 over the upcoming Xbox One. However, it remains to be seen whether Sony's marked up local pricing of the PlayStation 4 will dissuade gamers from purchasing it.

Join HWZ's Telegram channel here and catch all the latest tech news!
Our articles may contain affiliate links. If you buy through these links, we may earn a small commission.
Previous Story
All 23 Singapore PS4 Launch Titles Revealed
Next Story
LucidLogix Announces GameXtend, A Power Efficiency Software for Mobile Devices