Sony has just announced three new wireless speakers to add to its wireless speaker line-up: the SRS-X3, SRS-X2, and SRS-X1 Ultra-compact Wireless Speakers. Designed to be used on-the-go, the speakers feature superior sound thanks to precise engineering, design and techniques unique to Sony.

All three support Bluetooth and Near Field Communication (NFC) for easy pairing and to facilitate wireless music streaming from your smart device, and a built-in microphone in each speaker allows for hands-free calls. The speakers have a battery life ranging from five to twelve hours, and USB charging makes it simple to keep them juiced if you want to keep the party going longer.

In addition, the SRS-X3 and SRS-X2 have a Virtual Surround Sound feature which can be activated when the speakers are switched to Sound Mode, delivering a wider, more impressive sound stage. 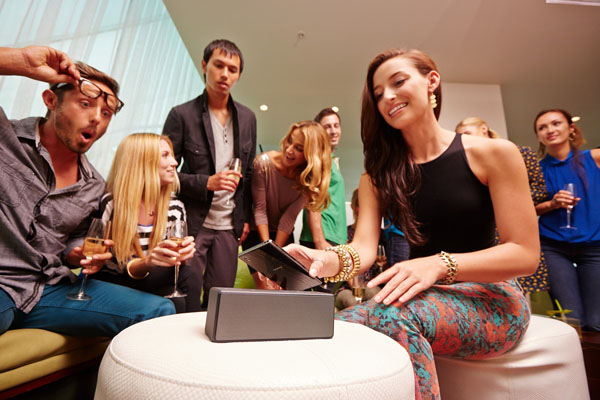 Sleek and sophisticated, the frame of the SRS-X3 is composed of 12 outlines around a square form that create an optimal sound wave. Despite its small size, the SRS-X3 delivers powerful bass thanks to two full range 20W speakers and two passive radiators located at the front and rear of the device. Boasting Sony’s ClearAudio+ technology, the SRS-X3 promises precise, quality sound, and brilliant clarity.

Available in black, white, or red. 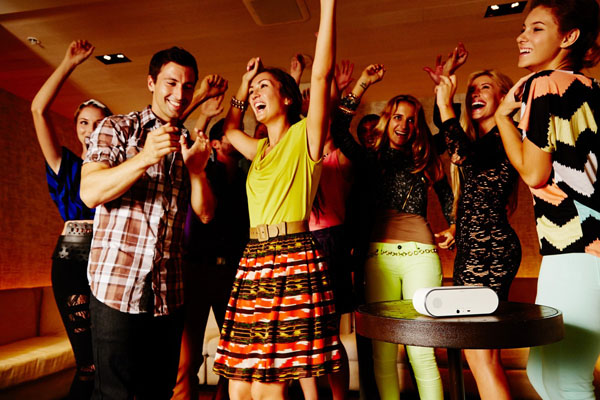 With its rugged design, the SRS-X2 is made for the outdoors. Small enough to fit in one hand, the SRS-X2 goes for five hours of playback, while also sporting Sony’s ClearAudio+ technology, eliminating the need for fine-tuning. With a frequency response of up to 20kHz, the SRS-X2 gives you beautiful high notes in a compact body.

Available in black, white, or red. 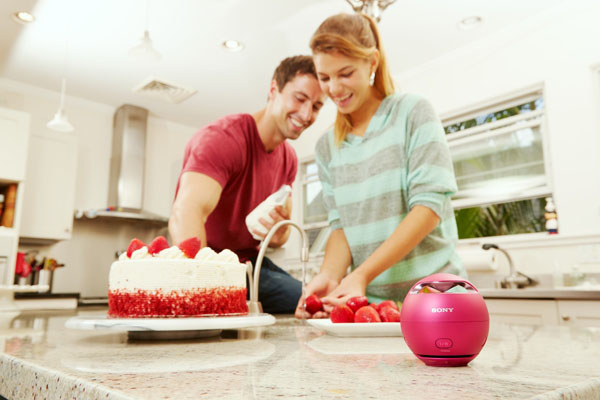 The only one of the three to have a IPX7/IPX5 rating, the SRS-X1 is a compact, waterproof speaker that features a frequency range of 80Hz-15kHz and goes for up to 12 hours on a single charge. Get two SRS-X1s and you can pair them together, doubling the volume and giving you true stereo sound.

Available in a choice of black, pink, purple and white.

The SRS-X3, SRS-X2 and SRS-X1 Ultra-compact Wireless Speakers from Sony will be available in the Asia Pacific from July 2014. Prices to be announced.

Join HWZ's Telegram channel here and catch all the latest tech news!
Our articles may contain affiliate links. If you buy through these links, we may earn a small commission.
Previous Story
WeChat 5.3 Provides Message Translation and Private Chat Groups Features
Next Story
Biostar TB85 is Ready for Work, Play, or Bitcoin Mining