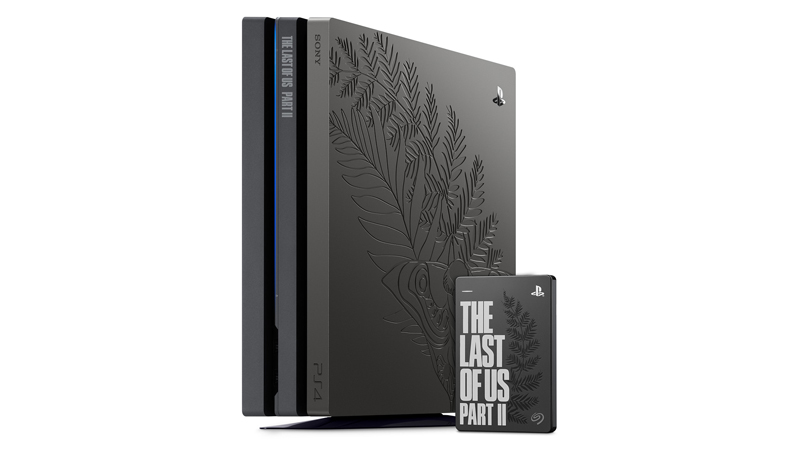 Sony has announced a limited edition PlayStation 4 Pro bundle for The Last of Us Part 2!

That’s not all, however. There’s a lot more Last of Us Part 2-themed merch on the way, including a Limited Edition Gold Wireless Headset with crimson inner ear cups. This headset features Ellie’s tattoo and the game’s logo, as well.

Seagate has also announced an Officially Licensed Seagate 2TB Game Drive, laser-etched with Ellie’s tattoo and arriving alongside the game’s launch. The game drive can store more than 50 games externally, and since The Last of Us Part 2 is reported to take up at least 100GB of space on consoles - you might actually end up needing it. The Last of Us Part 2 looks incredible, judging from the footage Sony has released so far. This might be your last chance to grab a limited edition PlayStation 4 bundle too - unless Sony plans to make another one for Ghost of Tsushima.

Naughty Dog’s highly anticipated follow-up to The Last of Us will release on June 19, 2020.

Join HWZ's Telegram channel here and catch all the latest tech news!
Our articles may contain affiliate links. If you buy through these links, we may earn a small commission.
Previous Story
The Huawei MateBook 13, MateBook D 15, and MatePad Pro are all coming to Singapore
Next Story
Bring your A-game for work and play with the Razer Blade Pro 17