Sony will unveil the long-awaited A7S III on 28 July

Sony will unveil the long-awaited A7S III on 28 July 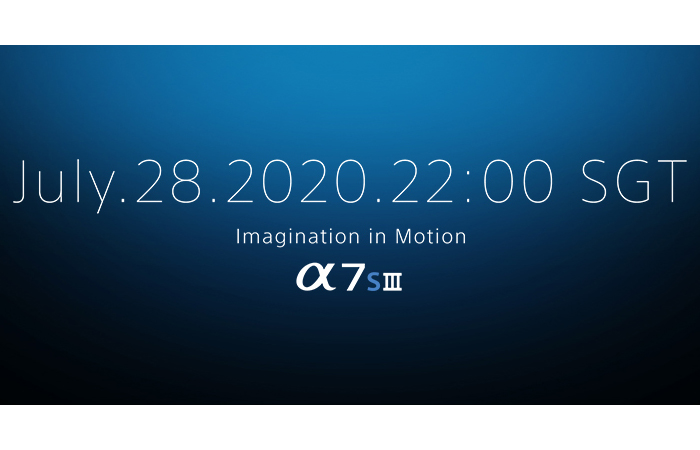 It's been a long time coming but Sony has finally announced that it will unveil its eagerly anticipated A7S III camera on 28 July at 10pm local time.

Quick recap, the "S" in the name stands for Sensitivity and the A7S line of cameras were designed with professional and avid videographers in mind.

Sony didn't reveal any specifications but rumours say the A7S III will likely have a 12-megapixel stacked sensor and will be able to record videos at 240fps in FHD and 120fps in 4K. It will also record 4:2:2 10-bit internally as well.

In terms of design, the A7S III will likely be very similar to the A7R IV from last year. Rumours also point toward a 9.44-million dot EVF, which would make it the world's highest resolution EVF.

Also, it is rumoured that the A7S III will not have any time recording limits and will have a passive cooling system to keep it from overheating.

If this is true, it will give the A7S III a leg up over rivals like Canon's new EOS R5 which has a 30-minute cap when recording in 4K.

At any rate,  we'll know more in about 10 days time. More importantly, fans of the earlier camera can finally heave a sigh of relief and know that a successor is coming. The last A7S camera, the A7S II was launched nearly 5 years ago.

Join HWZ's Telegram channel here and catch all the latest tech news!
Our articles may contain affiliate links. If you buy through these links, we may earn a small commission.
Previous Story
OnePlus confirms camera, display and RAM specs for the Nord phone
Next Story
Skype brings background blurring feature to iOS app