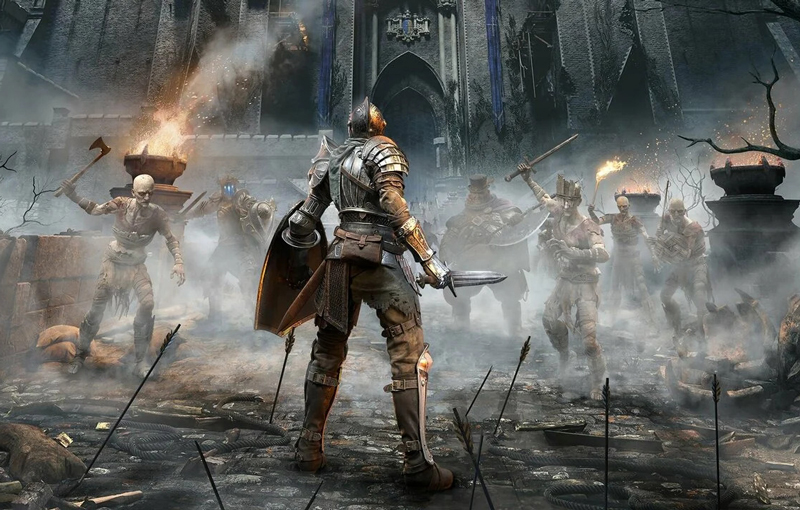 Sony’s PlayStation Studios recently announced that they have acquired Bluepoint Games, the game studio behind the recent Shadow of the Colossus and Demon’s Souls remakes. Rumours of Bluepoint’s acquisition have been swirling for a few months now, but it looks like Sony is finally ready to make things official.

Bluepoint Games have also confirmed that their next project won’t be a remake, but a wholly original game. In an interview with IGN, president Marco Thrush said, “We can’t talk about what this is, but that’s the next step in the evolution for us.” There were also rumours that Bluepoint's next project was a Metal Gear Solid remake, but that might not be in the cards after all.

After releasing their first game Blast Factor in 2006, Bluepoint has mostly worked on ports or remasters of other studios’ games, including the God of War Collection, Titanfall and the Metal Gear Solid HD Collection. Recently, the studio pushed out two major PlayStation exclusives: Shadow of the Colossus and Demon’s Souls, both widely-praised remakes of classic games.

Thrush wrote on the PlayStation Blog:

PlayStation has such an iconic gaming catalog and for us there’s been nothing better than to bring some of gaming’s masterpieces to new players. Becoming a part of PlayStation Studios, empowers our team to raise the quality-bar even further and create even more impactful experiences for the PlayStation community.

Join HWZ's Telegram channel here and catch all the latest tech news!
Our articles may contain affiliate links. If you buy through these links, we may earn a small commission.
Previous Story
Grand Theft Auto: The Trilogy - Definitive Edition leaks, will launch next month
Next Story
USB-C association introduces new logos for 60W and 240W support