Netflix has released its annual statistics of viewing figures for the year, detailing the viewing habits of 109 million Netflix members spanning 190 countries, watching more than 140 million hours of TV shows and movies per day. According to Netflix, this adds up to more than one billion hours per week. So, what was everyone so busy watching?

For one Netflix member, it wasn't Stranger Things, or Black Mirror or any of the other top-rated content on Netflix, it was Pirates of the Caribbean: The Curse of the Black Pearl, which they watched 365 days in a row. Okay to be fair, that's probably a doctor's office, or an electronics store or maybe a pirate-themed bar playing the movie on repeat everyday, but personally I want to believe that there's a die hard Pirates fan out there watching the movie every day in denial that the latest entry in the franchise (Dead Men Tell No Tales) ever happened.

For everyone else, the top shows to binge watch (which Netflix defines as watched more than two hours per day) were:-

Whereas, the shows that people savored (which means people watched it for less than two hours a day) were:-

Netflix even listed the shows that members were most likely to cheat on their significant others with (which means not waiting for them and watching ahead): Narcos, 13 Reasons Why, Stranger Things, Orange is the New Black, Sense8, Black Mirror, Marvel's The Defenders, Marvel's Iron Fist, Ozark and MINDHUNTER. 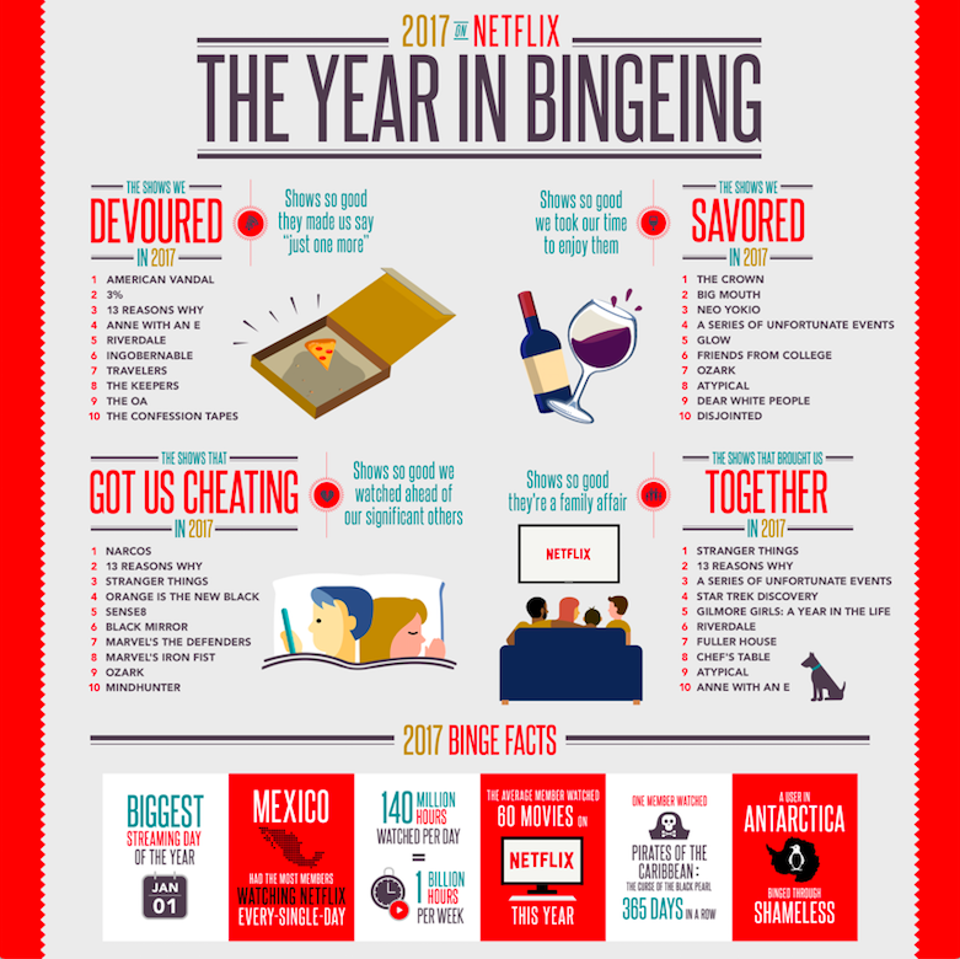